It was only a short while ago that the massive insomnia festival hit the big 60. The diamond anniversary of what now is the biggest gaming festival in the UK.

This year had some new inclusions, including an area of the exhibition hall dedicated to music. They also had a beautiful live orchestra performing tracks from The Zelda franchise (I missed this, so go read Dan LeVan’s post over here)

I was only able to attend for two days, due to several things cropping up and generally being too poor for a hotel room near the event.

There were some great companies with big stands throughout the event, although there was a severe lack of the green beacon that is the Razer Bus in the halls of the event.

Overclockers had one of the larger stands and had some amazing modified systems on show. In tow were both MSI and Corsair, with both showcasing some very shiny hardware and some very cute dragons.

The MSI Camo Squad laptop was on display with the associated camo gear pack that comes with each purchase. It was unfortunately designed to be entirely conspicuous in its natural habitat of a gaming LAN. Something I think MSI should investigate in future revisions /s

Systems from Ian 8Pack Parry and mods from Davido Labido were on display, showcasing some of the best components that money can buy and brilliant engineering.

Specifically, the 8Pack OrionX, a system that costs £25K was the pinnacle of the stand itself and it was gorgeous. I really envy 8Packs ability to work with such a brilliant group of people at Overclockers to realise such amazing machines that you can go out and buy.

CCL were back at an event that they have rarely missed these past few years. In tow were Gigabyte and the Aorus gaming division and Cooler Master who were showcasing some of the variations of the MasterCase.

Both CoolerMaster and Aorus were running events over the weekend with a massive raffle run with the help of CCL. The prize pool itself contained some gaming machines (built by the experts at CCL) and a £2000 Aorus gaming laptop! 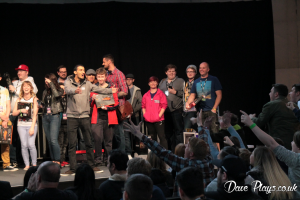 All the proceeds of the raffle went to charity which was a nice touch and I believe in the end they raised over £1K.

CCL did have the racing chair back at Insomnia, however there was no fastest lap whilst I was there. Although I’m sure one of the CCL guys will have attempted to set one and kept a keen eye on anyone that got close.

Asus were tucked away in the corner and had a few well known Twitch streamers such as LTZonda, Squirrel and Gameboy Luke on hand over the weekend livestreaming many different games and generally just having a lot of fun. 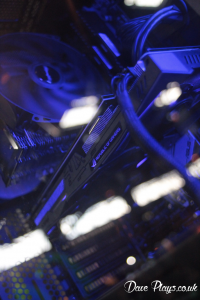 These were only a few of the traders on display and I must admit the lack of the Razer Bus was a noticeable loss to the atmosphere. However, space was at a premium as other companies had much larger show presences.

I had good fun once again in the Indie zone, with a batch of familiar teams pushing projects; some soon to be released and some not so soon…

Of the lot I had a lot of fun playing Adventure Pals. Which has a very nice art style and a very interesting story. Although I do hope they add online co-op when it is released (should be soon!)

I also had a lot of fun with Perpetual Night, well more specifically watching BoonanaJ of TeamBanana struggle at some of the puzzles (the timing on a few is quite tough) This is a game for the long run however as it doesn’t yet have a release date. 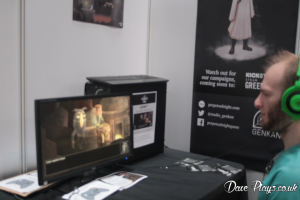 You can download the most recent demo (from i60) by clicking over here and I do recommend that you do. There is already a lot there and I really do enjoy the look and feel of the game, although I am not much of a fan of puzzles I had fun with the demo.

Gang Beasts is a game that continues to be insane to both play and watch and I always enjoy having a go at the madness whenever I see it on the huge screens they bring down. 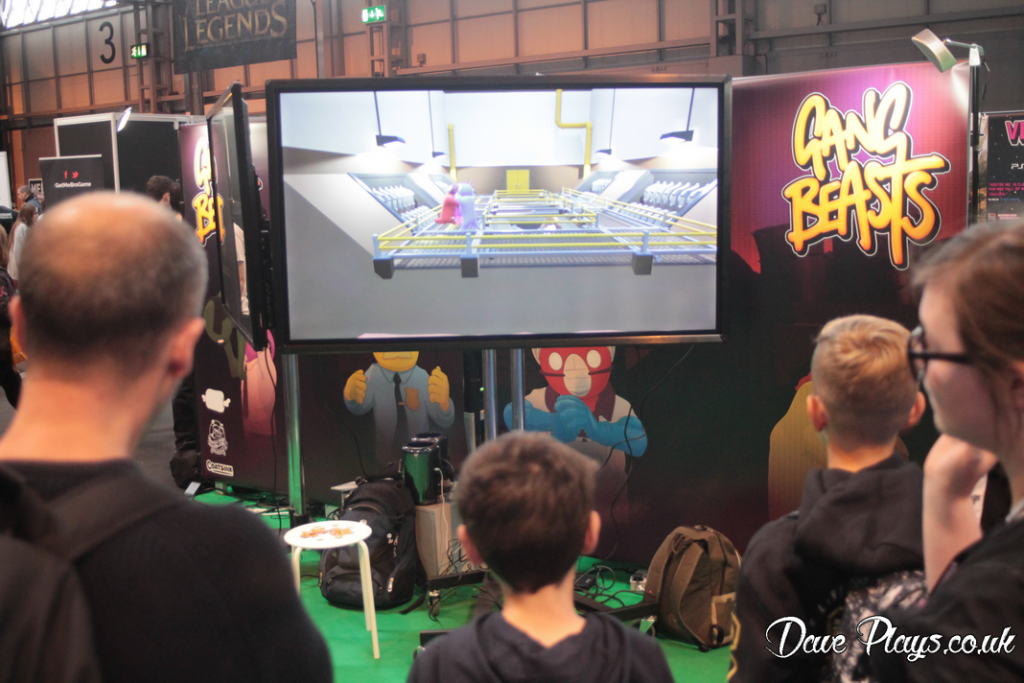 Of the AAA stuff, Injustice 2 was available to play and I admit that it felt fun to play on the stand, even if I did have to play against someone who was vastly superior to me in almost anyway. Both the graphics and abilities, as well as character roster itself look impressive for its release in a few weeks. Although I don’t think I will pick it up on release mainly because I want to read the comics.

Cosplay was again a big focus of mine, I really enjoy seeing people having fun performing as characters that they enjoy. The craftsmanship on show during the Saturday cosplay masquerade was nothing short of amazing.

With special attention placed on the showmanship of each participant the judges scrutinised each cosplayer with hawk like eyes. It was certainly a hard job for the esteemed judges, each a cosplay veteran, as the performances were brilliant.

I have many pictures all of which can be found by clicking the image below of Crafty Ninja Cosplays, you may notice BoonanaJ sneaking into a number of the shots…with his usual cheeky grin. 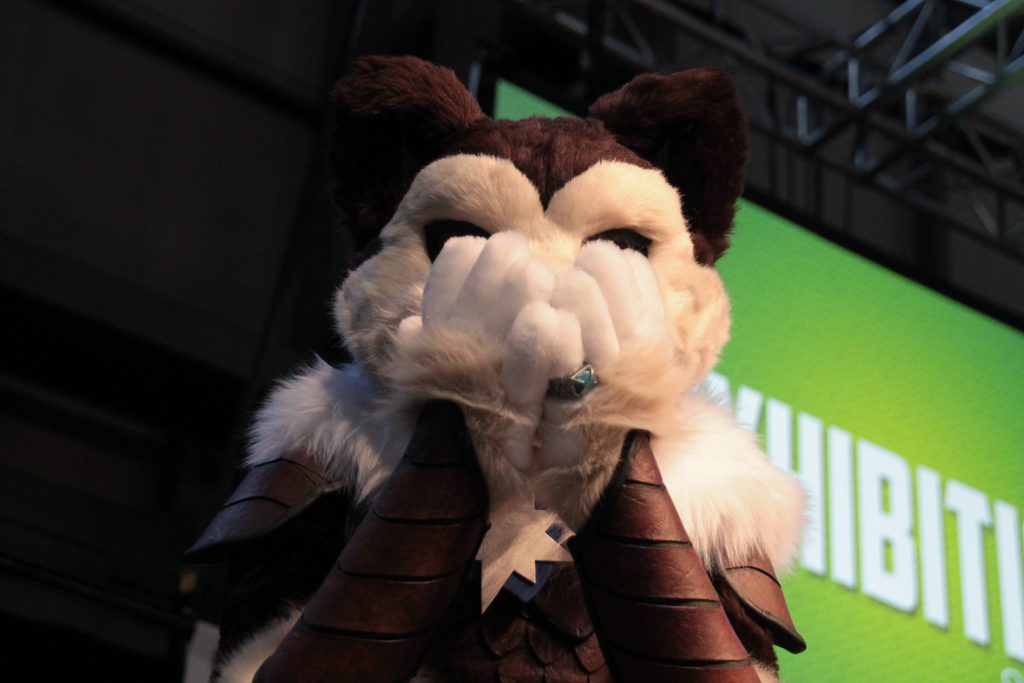 Even in the two days I attended, I had great fun with BoonanaJ, meeting some awesome people such as Bermuda Rhombus and CraftyNinja Cosplays. Although we couldn’t scavenge tickets to go the Pub Quiz. I will be back in the summer (bring on i61) taking photos and playing games so if you see me say hi!