Once again, orange is back in a big way and adorns the outside of the box. However the packaging has evolved like the mouse itself. Gone is the shiny reflective orange and replacing it is a very nice matte orange instead.
Front picture

Also gone is the Velcro door, with a magnetic latched cover taking its place. Much like the Attitude One Almaz headset. 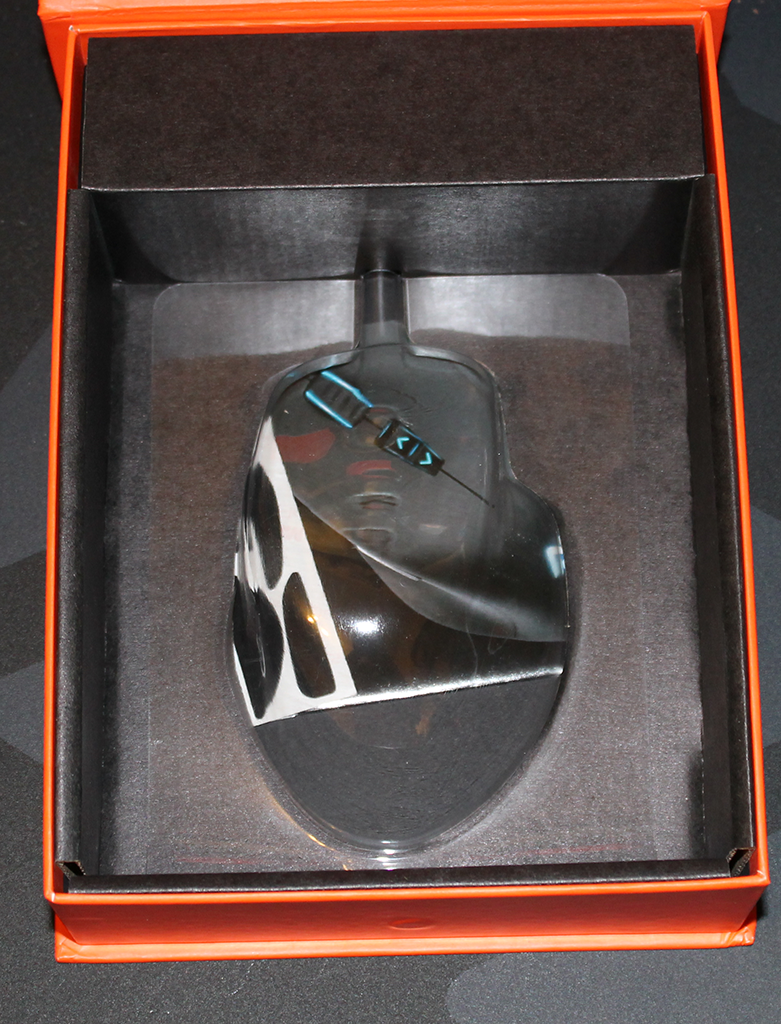 Once the latch is opened the glossy mouse cover is back but once again instead of glossy cardboard an understated black replacement has been sourced, complementing the orange of the outside.

Once you get the mouse out of the box, it would seem that Attitude One has decided to smooth the edges of the Rapira One. With not a sharp edge in sight where your fingers rest. 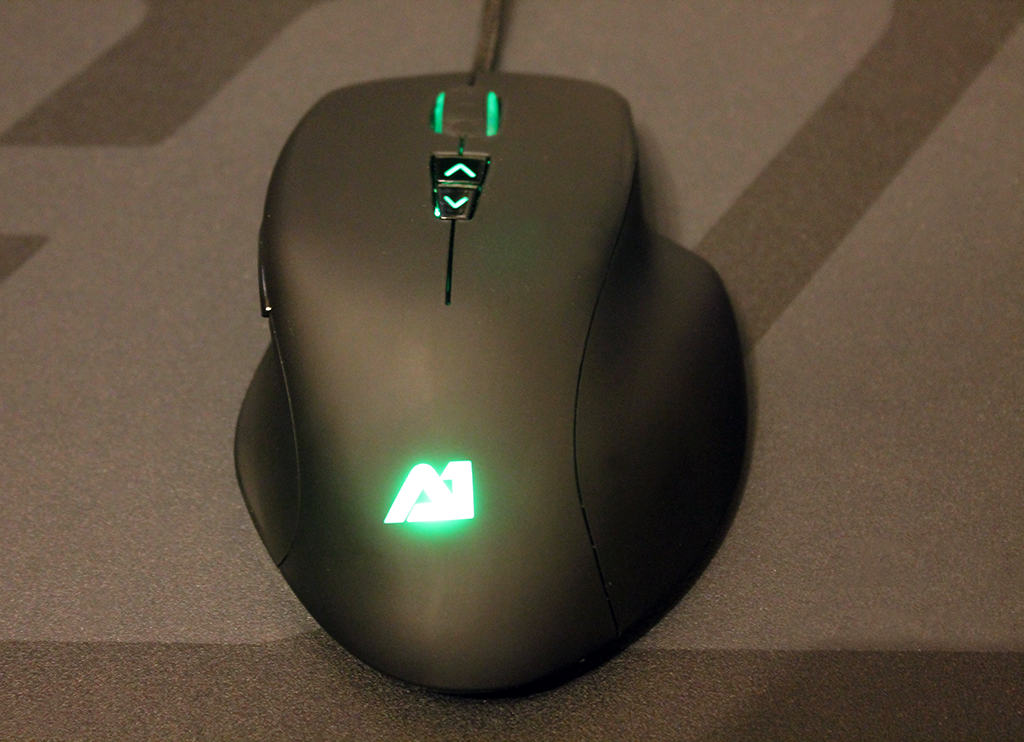 The style of the Rapira One allows you to rest your third and fourth fingers on the outside of the mouse, favouring a palm style grip.

The lit Attitude One logo and lit scroll wheel make a return, with the DPI buttons just behind, and two more buttons on the side of the mouse.

Underneath is the switch which allows you to turn the lights on and off. 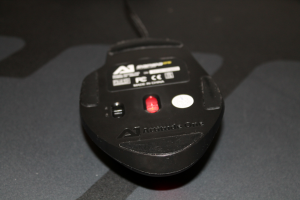 The Rapira One comes fitted with a braided cable and gold plated USB cable, which isa common thing for most peripherals nowadays.
Once again, Attitude One don’t provide a driver CD with the Rapira One, so you will have to visit www.attitudeone.com to check for the most recent addition.

A nice addition is a spare set of mouse feet. Whilst something most people will never have to change, it’s a nice thing to see included.