Much like the mouse the software has taken a bit of a polish as well, with the standard layout making a return with each button being able to be mapped to a macro using the macro manager. 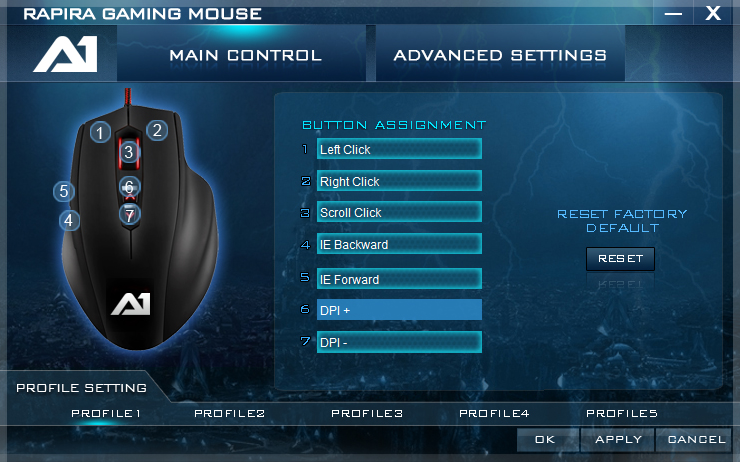 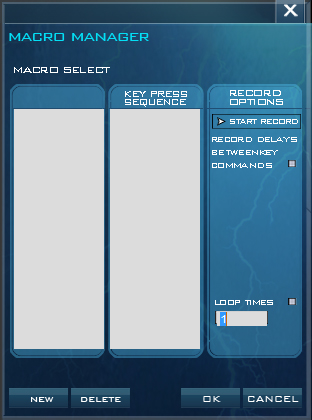 You can then save these set-ups to one of 5 Profiles, although you have to open the software to switch between them.

Under the advanced settings you can change a few more of the options and set them to each profile.
There are four options for the DPI switch, going up to 5000 from 500 with only four selectable options, which after checking with the team who sent me the mouse, is a typo and is meant to be the 3500DPI as written on the box. 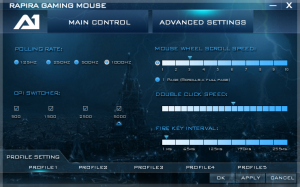 There is also an option for the Fire Delay button, which is an option you can assign to one of the seven buttons of the mouse and it allows you to set a delay between each mouse press the Rapira sends when you hold the button down. This ranges from 1ms to 255ms.

I have taken a bit longer than I normally would with this review, having been able to go to a few events these past few days has put a few reviews on the backburner.
Once again, with my co-op partner Dan Le Vannais I am currently playing through Portal 2, which whilst not as much clicking as say….Dead Island, still requires a bit in itself – especially if you don’t know where to throw the portals and click aimlessly like me. This was followed by the staple of FPS games, Counter Strike. A game that can ask a lot of mice, with fast tracking between targets and lots of clicking in itself. 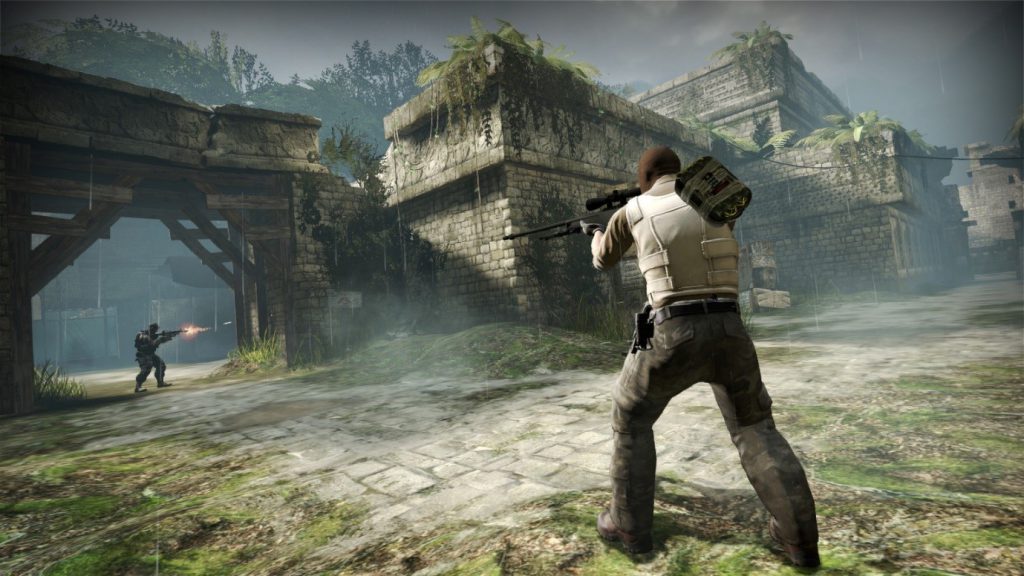 Once again the left and right mouse buttons are very clicky, and once again have a short travel. The scroll wheel is nice and wide it also has a more pronounced feel to it than other mice I have tested.
Shape wise, I am impressed with the Rapira One, each bit of the design seems to make it fit more naturally for people who use a palm style grip and like to use sweeping motions. The buttons on the side are nicely placed, making use easy without the need to contort your hands. They are also out of the way should you want to lift the mouse.
The Rapira One is also quite weighty, coming in at 150g which for me meant a bit of fatigue after a long gaming session. Although this lessened the longer I used the mouse.