Leeds played host to the Retro Collect Video Game Market today, an event now in its second year, and an event that had almost everything a retro gamer could want. I was able to attend this year so here’s a quick roundup of the event and what it was like. I was on my own for this event as none of the CCL team that go to the Play Expo were able to venture across. 🙁

As a Video Game Market, the event is touted as the go to for those who miss out on car boot sales or auctions, with a large amount of traders housed under one roof practically all consoles were catered for in some way.

This years event filled the whole of the hall and then some, with each nook and cranny filled with more stalls and more games, amongst them were traders selling figures and plush toys. Paints and Power Ups, were there showcasing custom designed and painted gaming hardware, some serious skill went into the finishes on the consoles, they looked absolutely brilliant and worthy of the prices asked. 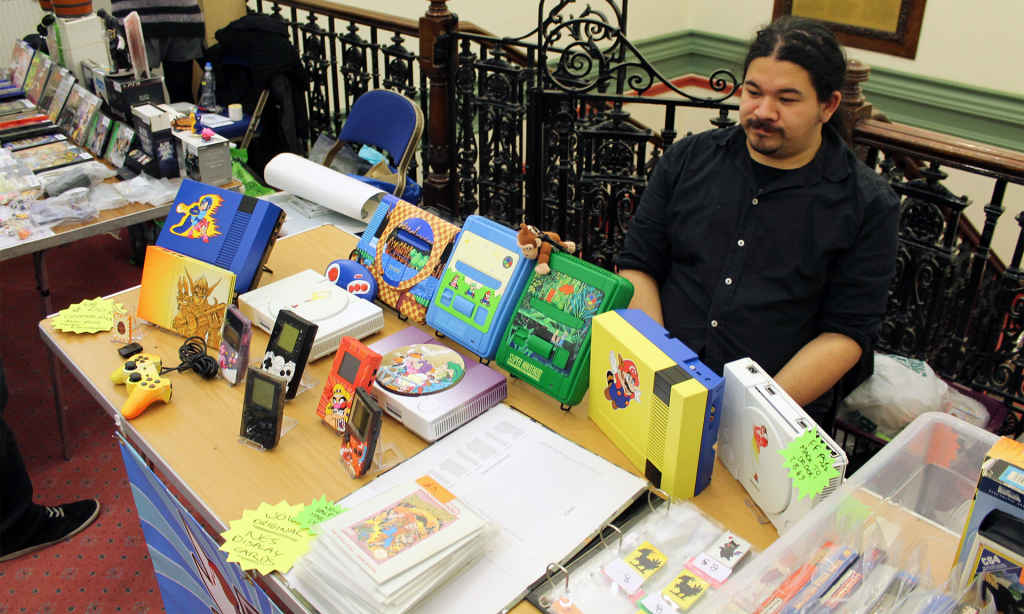 There were a lot of familiar traders from the Play Expo showcasing their wares again including one of my favourites, Conure Consoles, who are exceptionally competitive on prices for their horde of PS1 games. Some of the other traders there were certainly not I would say offering that much of a deal. Being a Yorkshireman this meant I kept most of my money squarely in my pocket.

There were certainly a few hard to come by items for sale, including the above Nintendo Power Glove and proper arcade style Dance Dance Revolution mat. Whilst there were some equally rare games and consoles for sale as well through the snaking hallways. 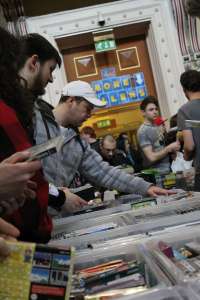 Showcasing Power UP and promoting his new game, Psychotic Psoftware was also at the event. I only had the briefest of looks at the game but it certainly looked like a cracking modern styled R-Type clone, with brilliantly bright visuals and awesome music.

At the end I didn’t actually pick much up, I managed to score a Final Fantasy CD, a Japanese copy of Fatal Fury 2, and a nifty memory card from the previously mentioned Paints and Power Ups. The event was a large one and to be honest despite the claim of a larger area, it still felt cramped. Lots of traders had boxes upon boxes of games with them stacked on tables and on the floor. It made it a hard time to actually get down and look without being nudged and knocked. However, I still really enjoyed it, even if there were a few things I wanted but didn’t want to spend the amount of money some traders wanted. 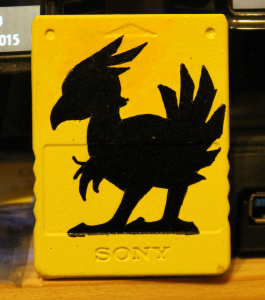