As I began to put on the HEBE I began to remember the EROS I reviewed a number of years ago. The HEBE is a lot more refined than that headset and shows a great deal of restraint over a number of other headsets.

The headset is quite springy and does not twist or flex. It is also quite heavy which helps the headset retain a robust feel but also means that there is little in the way of adjustment.

I noticed in my video that there isn’t a lot of clamping force on the headset but in actual use this helped the headset go almost unnoticed during even the longest of spells in action.

I would have liked the HEBE to have had a bit more range of movement in the earcups. They are noticeably fixed and it does restrict the amount of adjustments you can make.

The audio quality is unsurprisingly very good. Much like the EROS the volume on the HEBE can be extremely forceful and I admit I couldn’t have them turned up full for more than a few seconds whilst actually wearing them.

The virtual 7.1 reminds me of the many other implementations has a good overall sound stage. 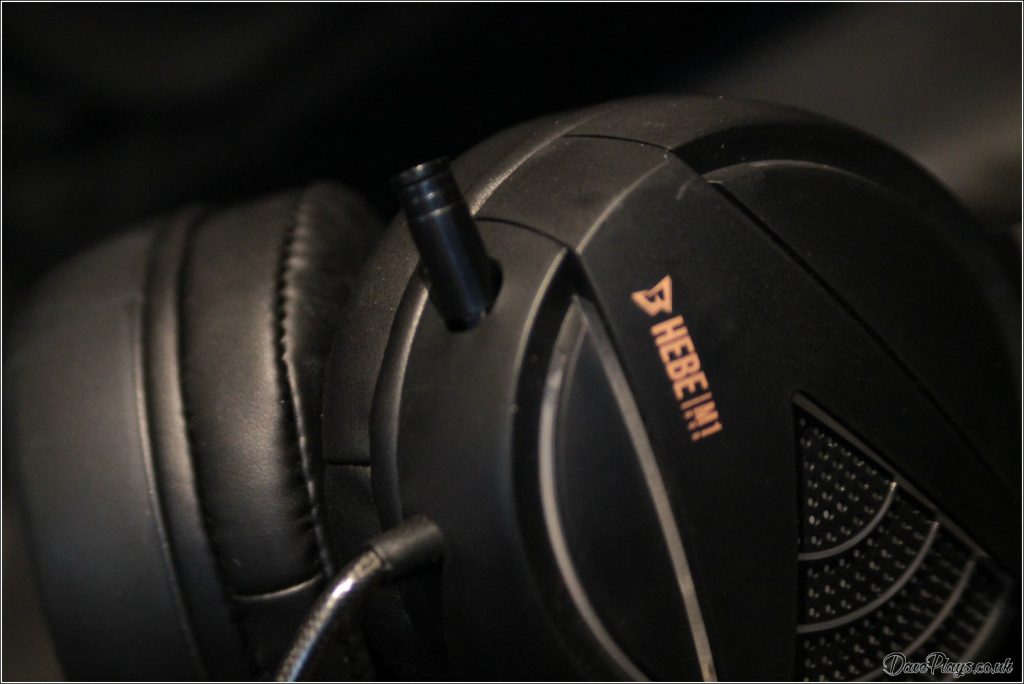 The GAMDIAS HEBE does have vibration drivers and they do what they say on the tin. The louder the headset goes the more oomph they have and they are certainly noticeable but do cause some level of distortion, and in my case tickled my ears….

The in-line control in my opinion is a bit agricultural and whilst everything is easy to press and lights up well it seems designed to be used by someone permanently wearing gloves.

In all honesty I feel it could have been reduced in size and retained the same size buttons it currently has.

The HERA driver software from GAMDIAS does not offer any control over the lighting of the HEBE which is a shame so it just cycles through the colours of the spectrum and no I don’t mean the 80’s personal computer.

The HERA software does allow you though to change the EQ and select between a few pre-set options helps allow you tune it to your tastes.

The microphone is adequate, when positioned correctly. It was fine for me during gaming sessions in Discord and during general gaming sessions, I had no complaints from my team at any point.