So admittedly I am really late with this review since the game released way back in August 2020, not least because I didn’t actually play the game on release, and I had to wait for my physical copy to ship from the US. Then it kinda sat on the backburner whilst I was playing other games but my review of Kandagawa Jet Girls is here now and that’s all the counts I guess?

Kandagawa Jet Girls comes from the same team behind the brilliant ninja girls series Senran Kagura this time though rather than ninja’s you take on the role of jet racing stars.

Much like Senran Kagura, there are multiple stories that you follow throughout the game with teams from different schools taking the limelight each chapter.

You start out as the Kandagawa Jet Girls team, specifically Rin Namiki and Misa Aoi who both come from a successful lineage of jet racers. Misa Aoi though is initially reluctant in her pursuit of jet racing.

Each team consists of a jetter and a shooter, with the jetter piloting and the shooter, shooting (obviously) and while you have some control over the latter you will mainly be controlling the jetter making sure that you navigate the varied courses without running into stage hazards while avoiding being shot by other teams.

As the gunner, you have two types of attack depending on the weapon you have. Throughout the courses are pickups which contain weapons containing a random weapon, from pistols to rocket launchers that shoot water. You can aim in front and behind with limited ammo for each weapon you pick up.

If you fill the EPD gauge you can unleash a special attack which again vary depending on the weapon you have.

Your EPD gauge fills slowly throughout the race but can be boosted by performing tricks off the ramps dotted around the tracks.

Initially the tutorial stages make this seem like it would be a tough thing to balance, but in practice it’s pretty simple to manage when people are in front or behind of you.

Its in fact really simple to plow through the game as races are extremely easy, the only challenge you will generally face is towards the end of schools chapter when you might slightly struggle with some races.

To overcome this, you can earn money through “extracurricular” activities (minigames) which include training and cleaning your jet bike. These are surprisingly fun and are a nice break from the main game. You can use this earned cash to unlock upgrades and outfits for your characters. Which can then help you in races.

If you stick to the upgrades and upgrade fully, you’ll spend the majority of your time at the front of the pack with a huge lead that makes the game feel a bit stale. You’ll only stay at the back at the start to clear the “hit everyone once” challenge before shooting off leaving everyone for dead.

The music and levels are vibrant and an absolute joy to navigate, everything feels bouncy and fun which is a real shame considering that despite all of the different jet bikes (which according to the anime have different stats) all feel the same. Sluggish and often times like navigating a brick.

Even when boosting and with the speed upgrades they really do not feel like they are going as fast as they are saying they are.

It’s a real shame, the characters are lovely, varied and the interactions are stupidly fun. It’s a really nice friendship is magic story (that I always seem to fall for) it’s just let down by the actual gameplay.

I got a platinum in this game (it’s one of my few platinum games) and even though I really enjoyed it, it feels like it could’ve been so much more.

In the end, it’s a fun game if you enjoy the character interactions and can withstand the stale gameplay after playing for a while. It looks and sounds brilliant and was unique enough to keep me interested but probably a game to pick up in a sale if you can! (or watch the anime instead) 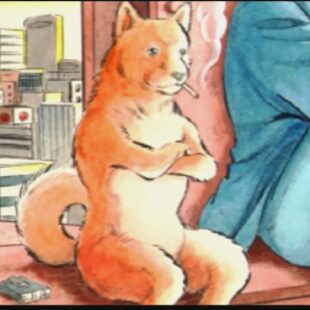