There is a noticeable trend for stupid games, or joke games. One of the most recent additions to the ever growing list of these games is Goat Simulator, a game where as the name suggests you get to play as a goat.

Coffee Stain studios the team behind the game themselves even say the game is a joke, and include the following disclaimer proudly on the Goat Simulator webpage.

Goat Simulator is a small, broken and stupid game. It was made in a couple of weeks so don’t expect a game in the size and scope of GTA with goats. In fact, you’re better off not expecting anything at all actually. To be completely honest, it would be best if you’d spend your $10 on a hula hoop, a pile of bricks, or maybe a real-life goat.

Goat Simulator is also a game that has won over the internet, and has no doubt made the developers a goat load of money, but is it any good? Well that is something I will hopefully try and find out. 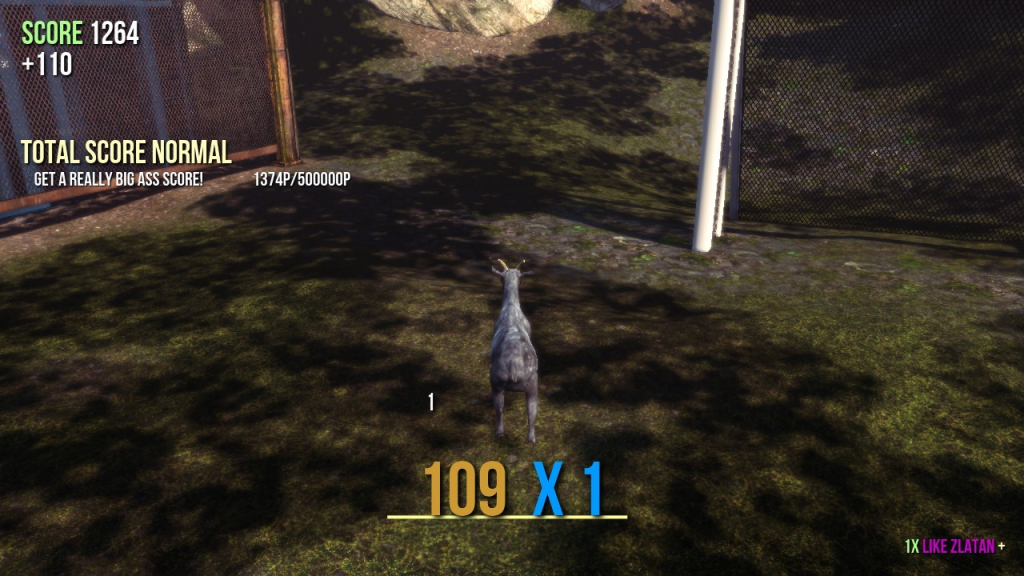 You control your goat and can walk, trot and jump around the map in front of you. In this small world there are a few things that you can do, including head-butting people and the environment often to hilarious effect, or you can use your tongue and stick it to pretty much anything and as long as it’s not bolted down you can then drag it behind you.

There are several areas of the map where your interaction either by head-butting or licking or other ethereal means can result in your goat transforming into different types of “Goat” including the Long Necked Goat, and the Devil Goat, which is achieved by dragging offerings to a pentagram in the corner of the map, there are a few more which need you to place items in the correct place. 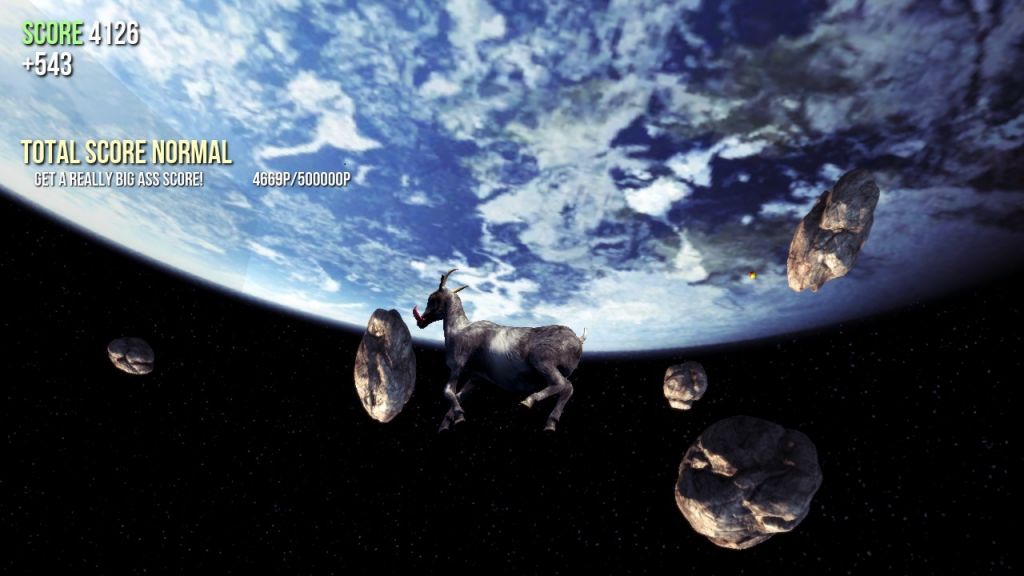 Some of these transformations yield special powers for your goat, including the ability to make goats rain from the sky or give your goat super strength which allows you to head-butt things across the map with ease. 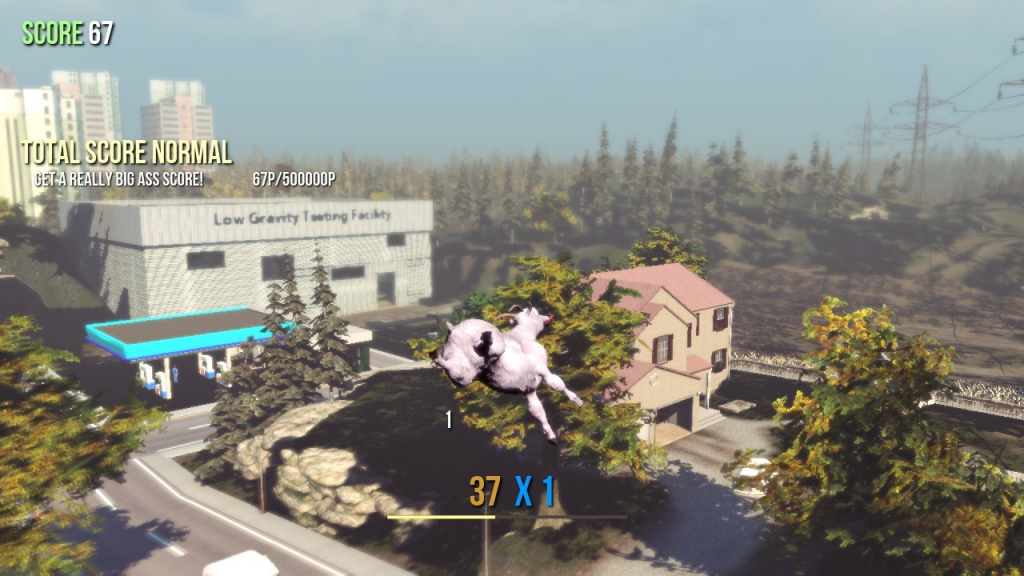 I Believe I can Fly

Otherwise you are free to explore and cause as much chaos for points as you can. There are several places you can explore including the Coffee Stain Studio house which has a copy of Flappy goat you can play and a Zero-G testing facility which you need to break into –earning the “Fuck the police” achievement in the process. In the facility you can play on the ragdoll half pipe or the aforementioned Zero-G area, the latter allowing you to rack up points by doing lots of flips and spins. 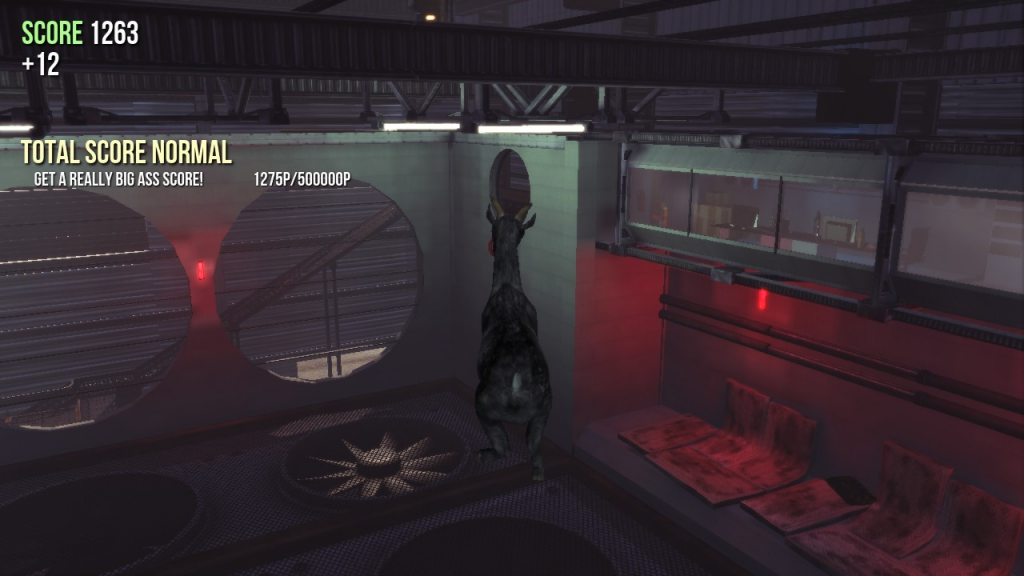 In the map there are also several props that can be mounted on your goat including a baseball throwing machine and a Jetpack which allows for your goat to reach lofty heights. 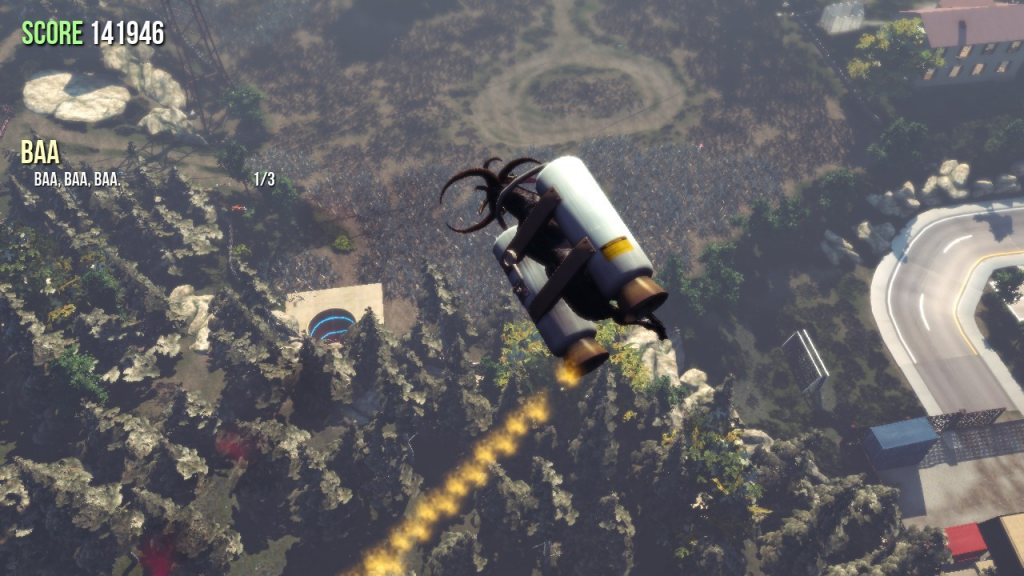 Houston we have a problem

Goat Simulator is certainly not a bad looking game, but it is certainly not as pretty as AAA games, but I am not going to hold it to the same level as Bioshock Infinite or Crysis for example. The games soundtrack does grate after a while but otherwise is what you can expect for a simulator game.

The game does have controls, they allow you to control your goat as well as you would expect, but some of the physics and ragdoll moments can be quite annoying and for me resulted in the most frustration.

As the developers state the game is a bit buggy, they even include an achievement that is awarded if the game crashes. In my hours of playing it was fairly stable apart from falling through the map once or twice. Thankfully however you can re-spawn if your goat gets stuck. 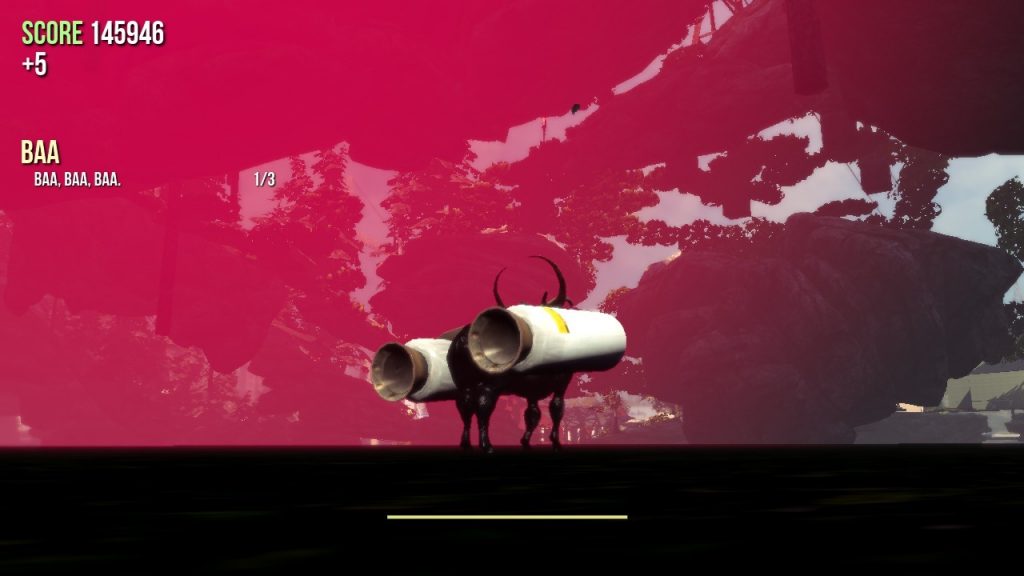 Is this supposed to happen ?

Goat Simulator is a sandbox game, which means there is not a scripted end to the game itself but once you unlock everything and have completed all the challenges there will be little to keep you attached to the game itself. The developers, Coffee Stain Studios, are adding more and more to the game as well as planning DLC packs, one of the latest patches includes local multiplayer support and goat parkour… 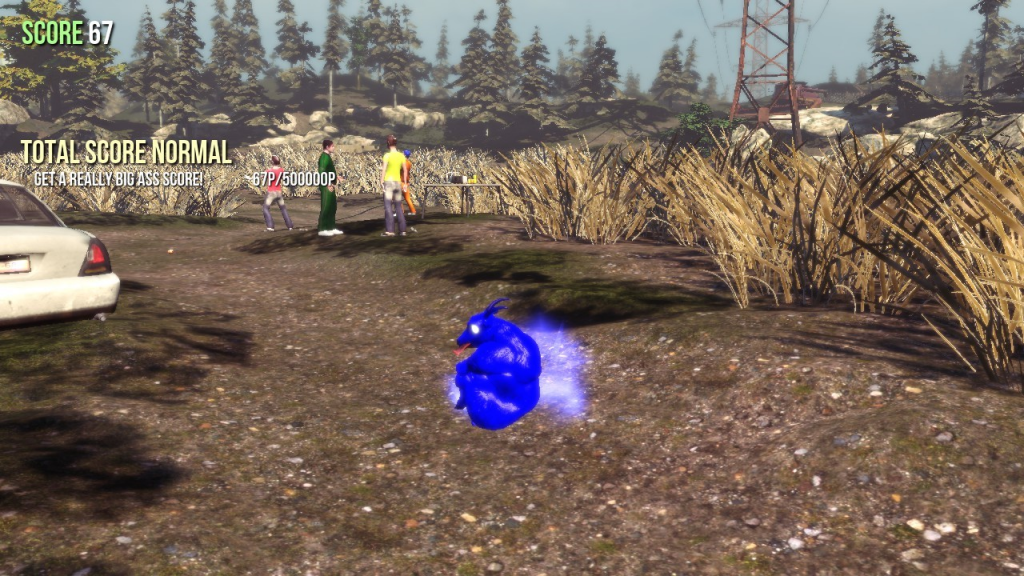 To put simply Goat Simulator is a horrendously funny buggy mess, for the type of person I am it is certainly worth the seven pounds it currently costs. It provides a few hours’ worth of silly and fun gameplay, with lots more things getting added as the days go pass, by the developers and from Valves Steam Workshop means you shouldn’t really run out of ideas.