Setup of the Logitech G603 is simple, if your PC is near enough to the mouse such as on your desk. You can simply plug the receiver into a spare USB port and then (after putting in the batteries) hit the connect button underneath the G603

I found it an odd feeling moving to a wireless mouse after using a wired one for so long, the weight of the batteries making a noticeable difference. Though you can obviously lower the weight by having a single battery. 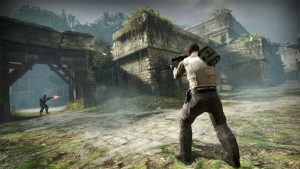 Installing the associated Logitech Gaming Software is must, as it allows you to control the DPI levels across the mouse from 200-12000 in increments of 100DPI 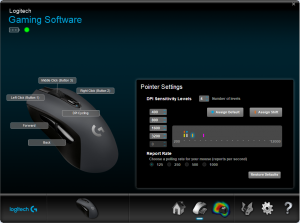 There are no flashy lights on the G603 to set, but you can change the functions of the 6 buttons. With a number of pre-set options available and the ability to record a macro.

Generally, if you are going to be gaming on the G603, you will have it set to the HI mode as this defaults the mouse to polling at 1000Hz rather than 125Hz.

You can see from the below, that on a standard cloth mouse mat, the Logitech G603 tracks really well across a range of DPI levels. 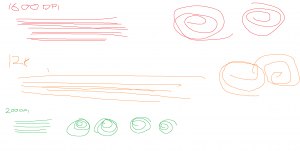 In long gaming sessions I did feel a bit of fatigue when two batteries were used. This was reduced greatly when only one was fitted and oddly as long as it was fitted in the left-hand slot, the Logitech G603 remained pretty balanced.

The mouse buttons felt brilliant. In the unboxing I go over them, but they all have a solid click.

The scroll wheel did take a short while to get used to however, compared to my normal mouse the wheel was a bit sticky and often felt I was scrolling through treacle. It was nice and smooth though!