I don’t like testing drives without putting some miles on them, for the OCZ ARC a full installation of Windows 8.1 was placed onto the drive before putting the drive into use for a while and then running the tests. As you will see in the Crystal Disk Mark screen shot below, the drive had around 16% of the total drive utilised and it was still the primary drive at the time. 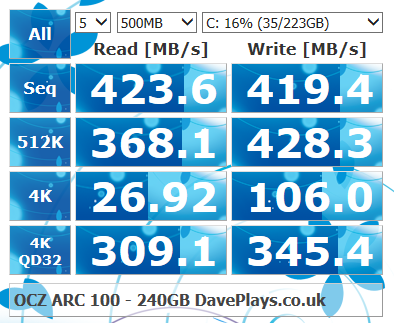 Still the speeds returned were almost straight from the specifications. With the write speed taking a hit down to 423MB/s from 480MB/s and the sequential write dropping to 419MB/s from 430MB/s so around 10% and 3% differences. Still these are still respectable.

AS-SSD was next up, and the scores were not too dissimilar to those obtained above. though it should be noted, a sharp drop in the 4K write speed was seen. 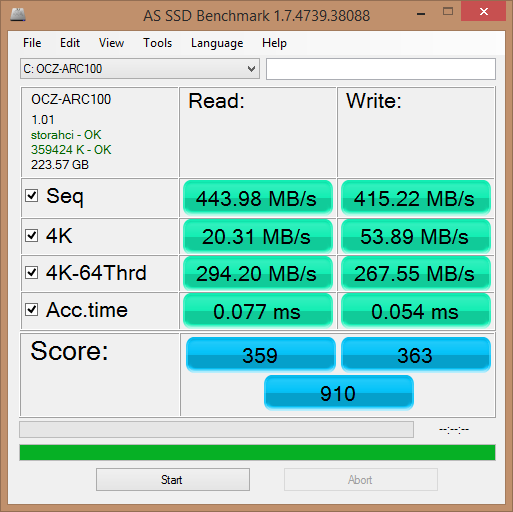