I’m back, with another unlicensed game review, let the fun times commence. 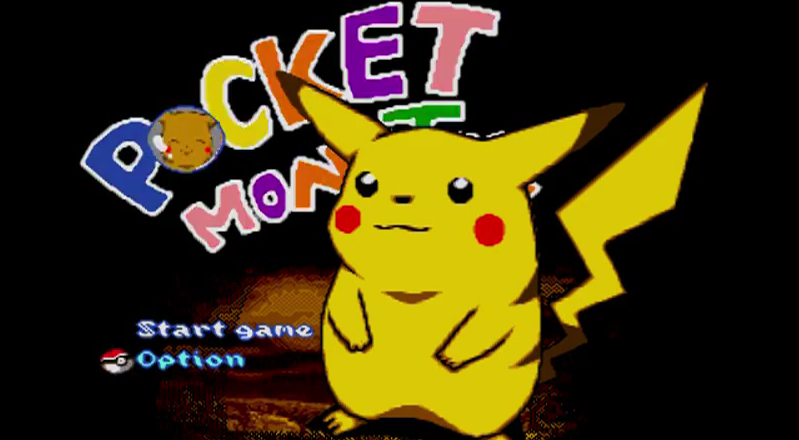 It may be weird considering I run a site dedicated to reviewing hardware and clearing my backlog of games, that I still manage to find time to clear these unlicensed games and write a review about them. But hey let’s not get into that right now.

Most games that are unlicensed are so because of the fact the publisher may just publish for one company’s hardware, or it could be owned by the parent company of the console that the games are released on. Game Freak are from the former category, publishing games exclusively for Nintendo, the majority of which are of the phenomenally successful Pokémon franchise.

So what I am going to look at today is Pocket Monsters which was released for the Sega Mega Drive. So, in terms of it being unlicensed we are already off to a good start…

Pocket Monsters for the Mega Drive, is a game that follows the archetype of a side scrolling platformer, and is not too dissimilar to Squirrel King which I reviewed last month.

You take control of Pikachu and are tasked with getting to the end of the level successfully without dying – simple huh? The opening cinematic and cut scenes come from the Pokémon TV Show, which a lot of you will be familiar with. 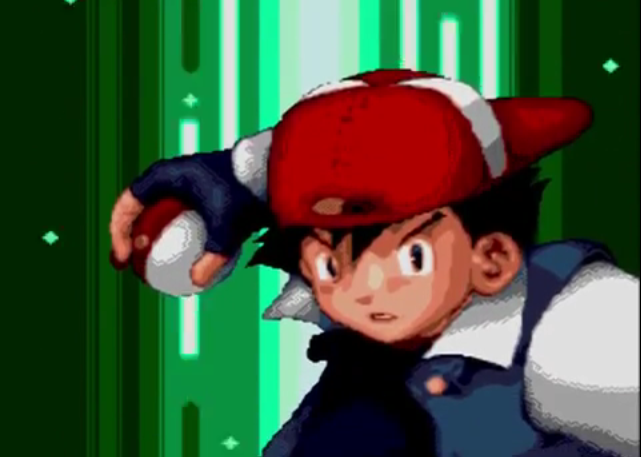 Shits about to go down

The game levels however have no real bearing from the TV show and are a likely mish-mash from various other games sprite caches. However most enemies you will encounter will be familiar as they are designed after actual Pokémon except for one or two. 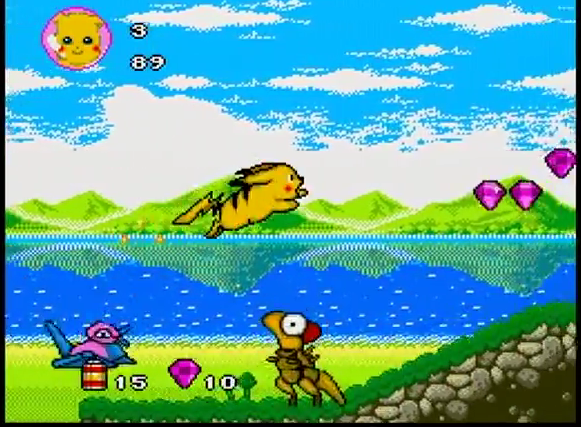 The actual levels and graphics are quite bright and fluid, but the level design can be quite unforgiving, often having several leap of faith moments in most levels that will leave you thinking you are some kind of gaming god if you get it right, or make you want to give up if you fail – and trust me there will be a lot of failures.

As Pikachu, you have two moves, one is Jump and the other is the ability to perform a Thunderbolt which has the useful added ability of clearing the screen of enemies, but you must collect batteries in order to charge the ability.

Your health is indicated in the top left corner of the screen and starts at 99, each bit of damage takes a bit off this total and you can take several hits before Pikachu collapses. Hit boxes for enemies appear to be recommendations and often don’t appear to be near the sprite however so expect to be damaged a lot as you jump. Once again much like Squirrel King, you collect Gems, which have no apparent purpose in the game.

Your reward for getting to the end of each gruelling level is the usual Boss that must be vanquished. This being a Pokémon game, the bosses are Pokémon as well (or at least most of them are). At the end of the first level for example, a wild Snorlax appears as your challenger.

The method of vanquishing enemies in Pocket Monsters is much the same as other 2D platformers, with a swift bounce on the head/weak spot of the enemy normally doing the trick, with Bosses taking a few more.

After traversing the five levels, the final Boss monster is an Onyx who simply is a big troll of a Boss, its weak spot is the head, and whilst there is a pattern to its movements, much like the normal enemies its hitbox appears to not match the proportions of the enemy and often the hitbox for the will extend through a ledge, and end up damaging you. 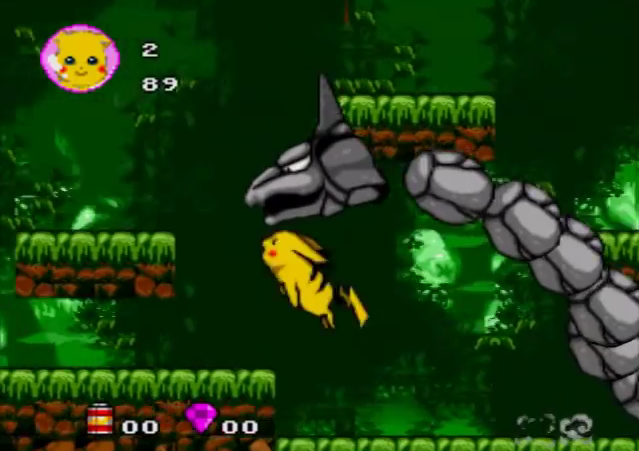 Keeping at it though, once beaten, the game goes into the end credits, and shows a bit more of the TV show and then goes back to the start….As though you would want to play this game again…

If you wanted to, you can buy the cartridge second hand much like Squirrel King, but I would seriously advise you not to….I play these games so you don’t have to. 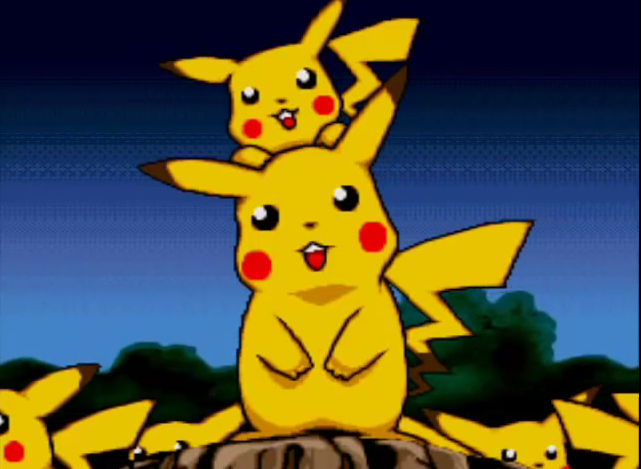