Or how I learned to stop worrying about the oddness and keep running.

The PS3 is retro right? Okay so not really, but this is a review of a game that came out a while ago now in 2014 for the PS3. A few short months just after the PS4 had been released, so i’m going to let it count.

It’s a simple enough game so you might be wondering why, out of all the games I have in my backlog, am I taking time to write a review of this?

Well simply because the game is mad.

By day a run of the mill schoolgirl, by night a hired killer we start the game as Ranko sets out on her next mission; with the ultimate goal of killing her father to avenge her mother’s death.

All we know is about Ranko’s father is that he is the leader of the underground conglomerate Tsukigime Enterprises. A company that runs most parking garages in Japan.

Are you still with me here? Because that’s about as much as is known about the story. 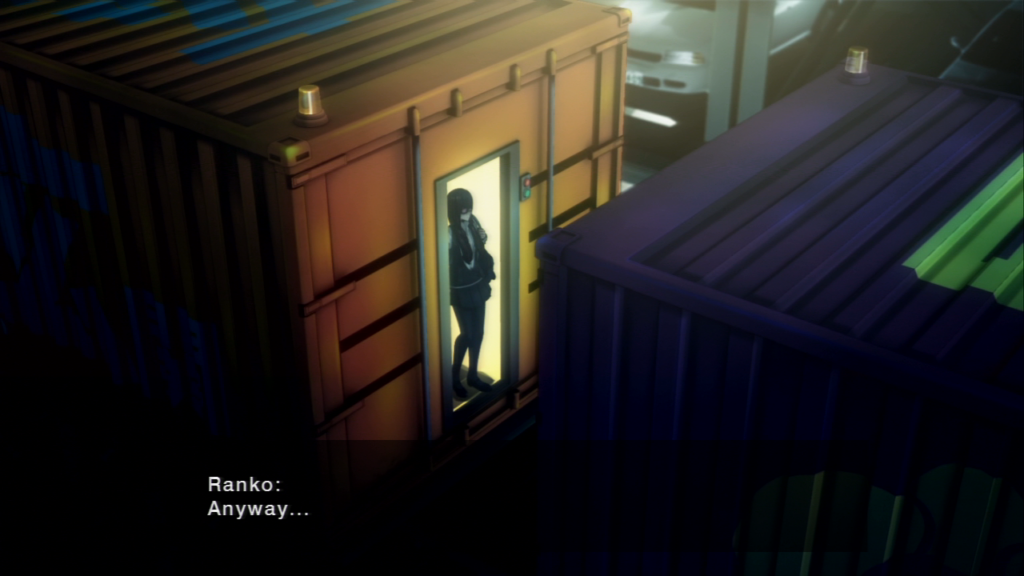 Gameplay is simple yet fun if a little repetitive. The main goal is to get to the end of each stage by running towards the right and slash anything that comes across your path.

Enemies explode into vibrant colours that dot all over the screen. Chain reactions can occur from enemy to enemy that eases the amount you actually need to destroy, and this provides a healthy dose of colour to the levels. 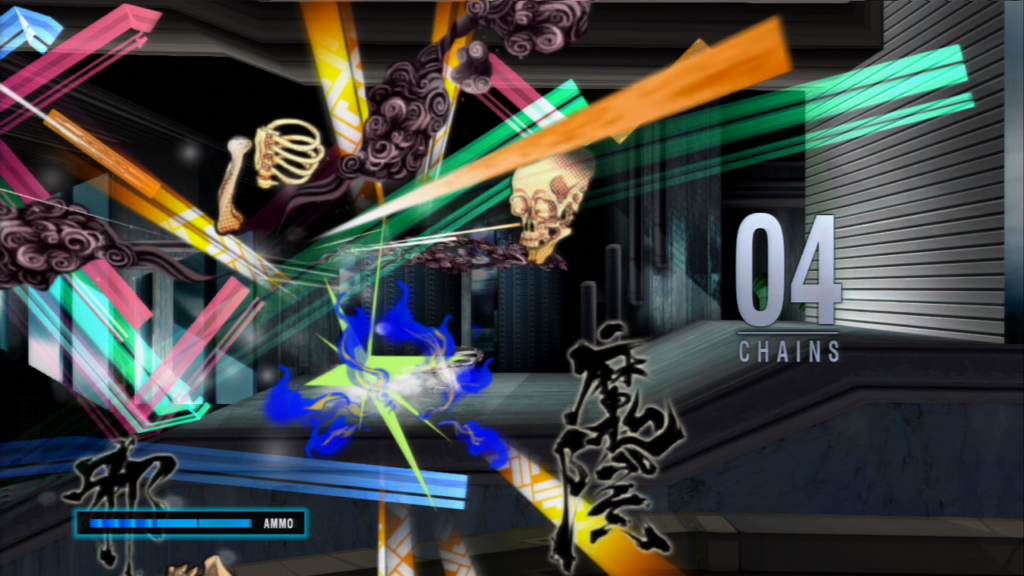 Level design varies a little with multiple paths on each level, with the higher ones generally providing the quickest and easiest escape from The Veiled, who are the shadowy force chasing you throughout the game.

The levels are interspersed with cutscenes and bosses that often make a glaring shift in the actual gameplay and feel.

It sometimes feels as if they were designed by different people and just tacked on.

The cutscenes have the aim of trying to help you understand the “story” of the game however they don’t, they really don’t. 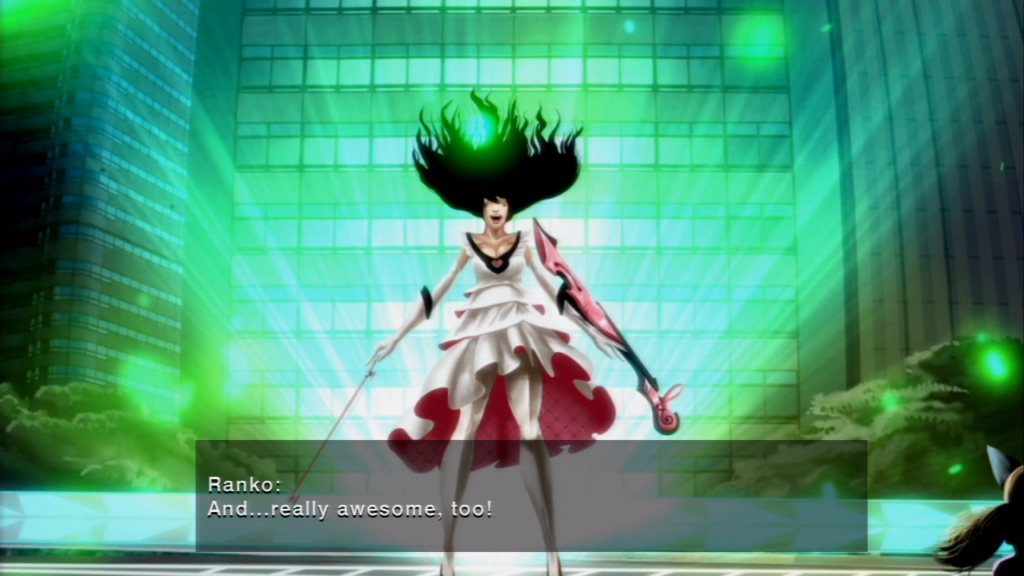 After being chased by an evil Pomeranian, killing a friend of yours that turns into a dragon, a time skip and several exceptionally weird cutscenes you eventually get to the big bad at the end; your father.

Who just happens to be a Luchador… ends up the final speed bump to avenging your mother’s death.

Ranko Tsukigime’s Longest Day is just one of those weird games that seems to be a bit marmite and I absolutely love the madness and bizarreness of all the parts.

Even after playing it so many times, I don’t fully grasp the story. But like many 80’s action flicks, the story is second to what is actually happening on screen.

If you play without skipping the cutscenes it should take just over an hour to beat. Which is incredibly short but should mean that almost everyone can beat it in one sitting.

Ranko Tsukigime’s Longest Day for the PS3 is available for around £10 which is a really good price if you still have a PS3 and fancy a short bit of madness.

It’s a game that I can happily recommend.