The interesting thing about the SteelSeries M800 is the use of a customised switch. It differs to the normal Cherry MX switches by having a central LED, as the switch itself is designed to go around it.

This means that replacement keycaps are not available, however SteelSeries appear to be happy to send replacements out if you open a support ticket.

The switches themselves do have a nice feel and because of their low profile-esque design offer a slightly different feel to most other mechanical keyboards. Although the lack of a tactile feel will remind most of Cherry MX Red switches.

The noise is quite subdued and the keypresses responsive.

There is a row of macro buttons along the left-hand side of the keyboard. Which can be customised in the included software for an almost endless number of options.

One of the questionable design choices of the SteelSeries Apex M800 is the inclusion of a massive space bar. This has a scoop on either side which ensures that you don’t accidentally slide off and despite its size it does not feel loose or rattly.

Gaming with the SteelSeries Apex M800 was as simple as could be and I must admit the M800 was a nice break from my usual Cherry MX based keyboards.

I don’t know how many of you will remember Ideazon. They were a company who SteelSeries acquired way back in 2008 who had several gaming related peripherals such as the Z-Board, which featured removable keysets that were applicable to certain games such as Counter Strike and Doom.

SteelSeries have since retired that keyboard, but as keyboards have evolved to include per key backlighting, in-built processors and on-board memory. Some of these older features have found a way to be included.

The SteelSeries Apex M800 for example has a built-in backlight template for the game DOTA 2, where the keys used in game will be the only ones lit up.

Of course, this is not just a feature of the M800, gaming keyboards in general have included a great number of custom lighting modes and for those that allow the user to configure per-key lighting. Similar configurations can be achieved.

The SteelSeries Engine software is polished and slick. It picks up the devices you have plugged in and will allow you to configure them as you see fit.

The rest of the software allows you to save a great number of lighting configurations, as well as a great deal of macro profiles. 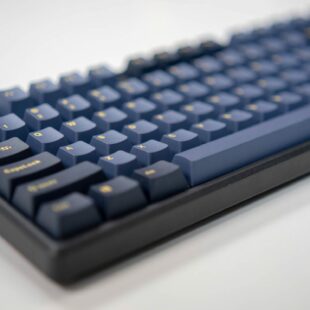