The first thing I noted was how thin the actual box was for the Tt eSports Cronos, which is down to the folding design employed. 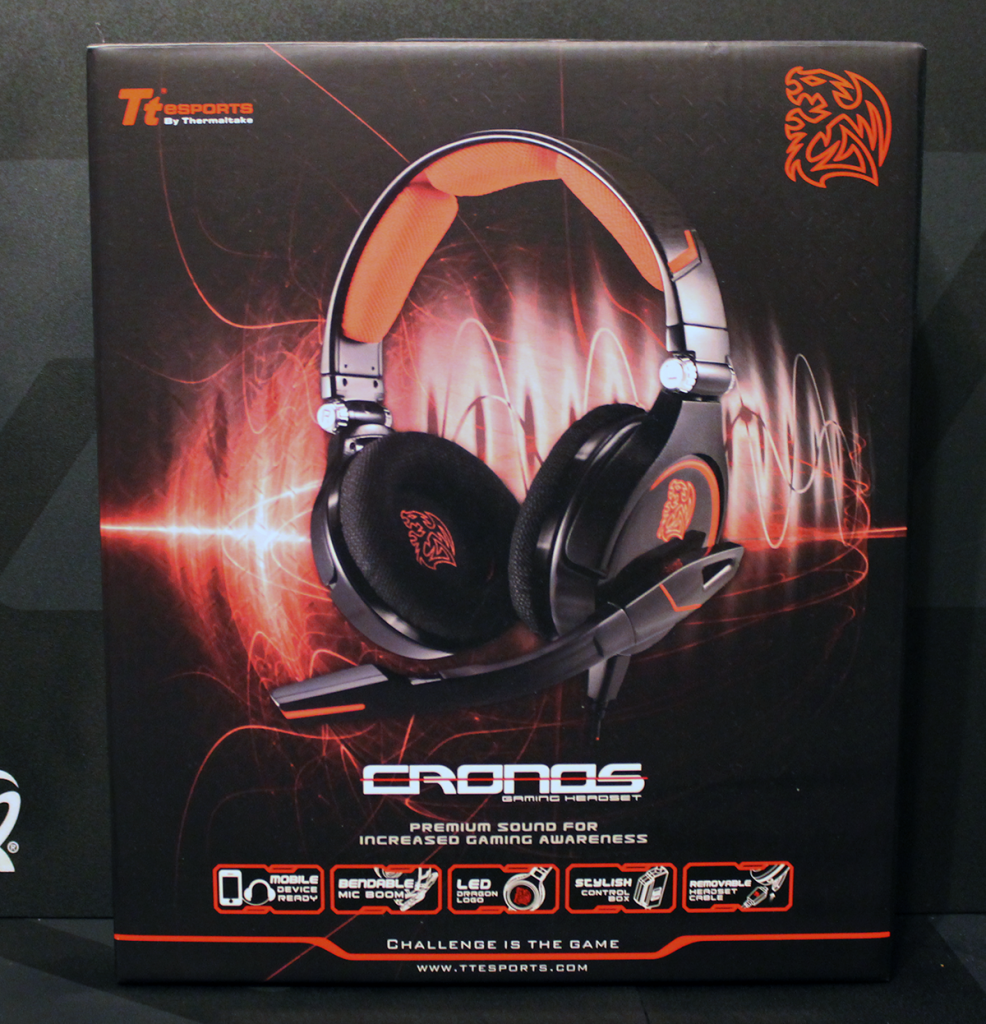 The front of the box, is nicely styled, and features the brand colours of Red and Black. It has a few cut-outs at the bottom showing some of the features of the headset. This includes the LED’s, bendable mic, removeable cable and the Cronos’ support for mobile devices. 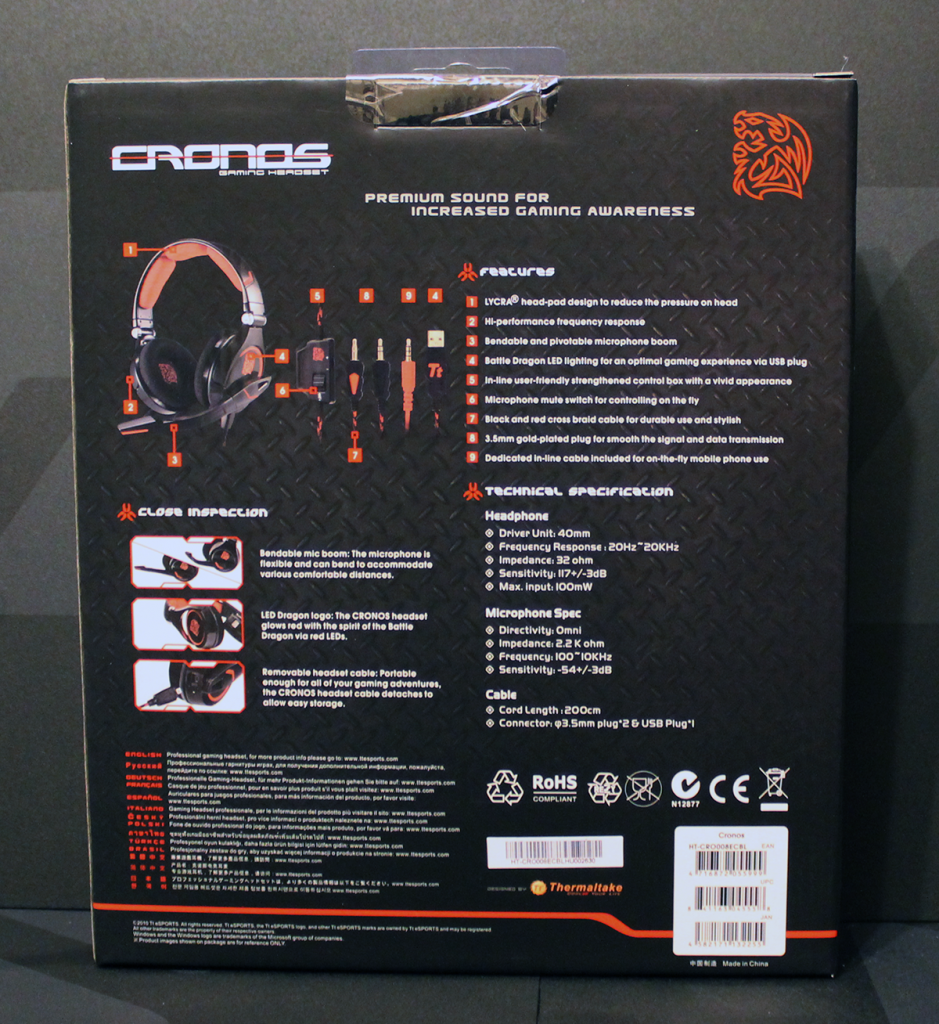 The rear describes some of the features more in depth and includes a key of where these features are located on the headset itself. 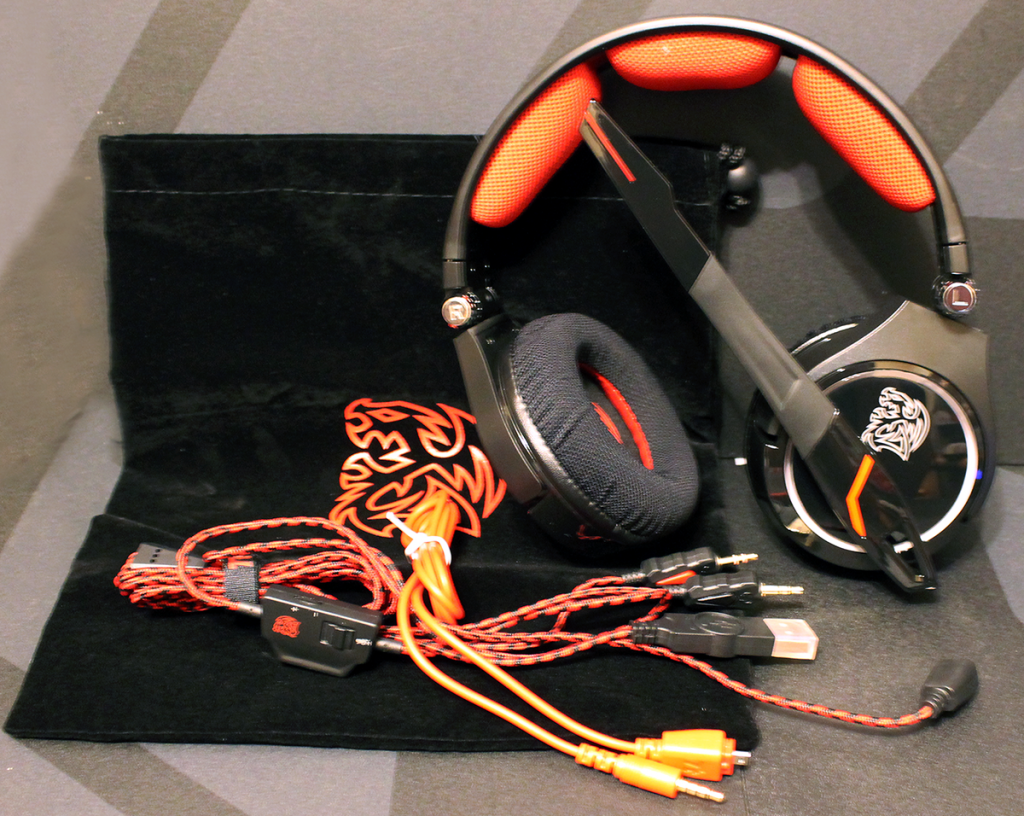 In the box you get a carry bag, the two different cables (one for mobile devices and one for PC). The PC cable has the inline remote and an additional USB cable which powers the lights on the headset. Each side of the headset has a large cushion which should help provide some extra comfort during long gaming sessions. 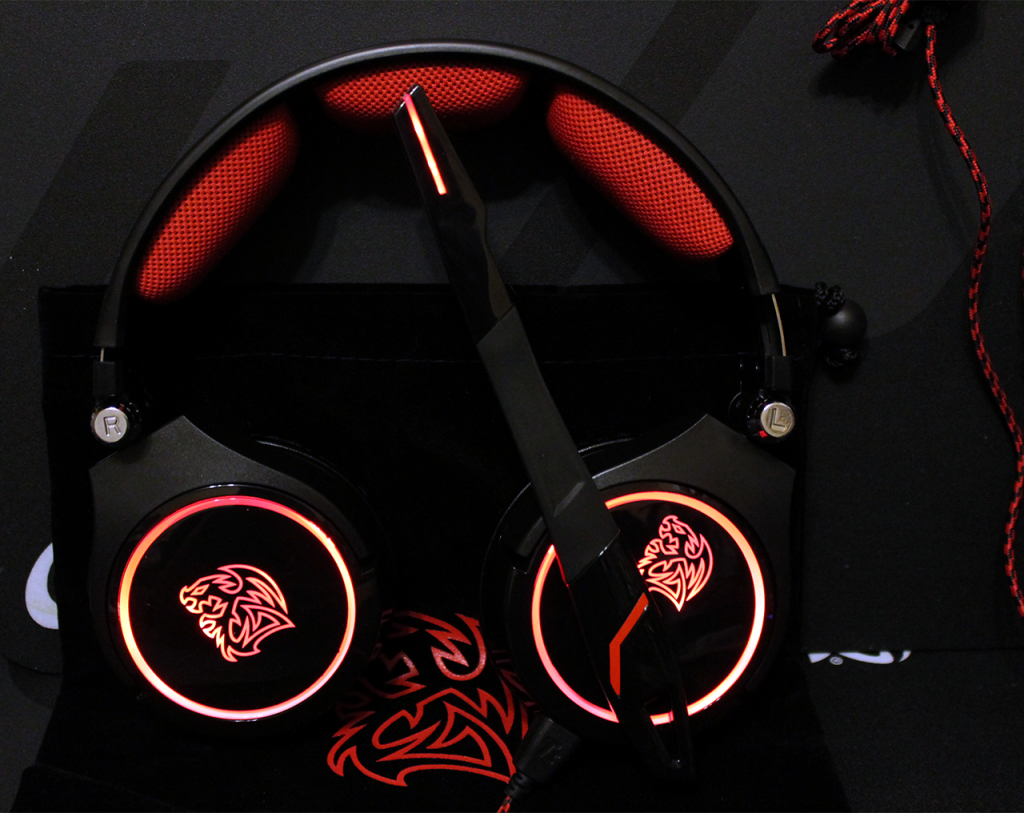 The lights, illuminate emblems on each ear cup and around the edges as well as the end of the boom mic. You can also see the huge amount of padding that Thermaltake have seen fit to provide the Cronos headset with.

Thermaltake provide an in line control for the cronos which has a microphone mute button and a volume control scroll wheel.

The end that goes into the headset is a proprietary fitment which is quite annoying as it will make finding replacement cables a bit more awkward, if not impossible. Which is not good.

With my testing first starting out with listening to music, Performance wise, the Cronos is adequate.  testing different genres from classical music to a wider array of pop music, dubstep, metal, instrumentals and some of the more crazy things in my library. It handled the majority of these genres perfectly fine, although it is noticeable that there is a lack of bass output from the Cronos. Which depending on your music of choice may impact the listening experience.

In films that I watched with the Cronos headset, this lack of bass did not appear to be too problematic, with the audio feeling more balanced during my many hours of watching.

In games the headset performed a lot better, with it affording clarity to gunshots and explosions. It was surprising to hear such a difference compared to when listening to music. The Cronos really performed like a different beast.

The microphone was solid, with good levels and had an okay quality when recording.

Comfort wise, the Cronos was really good and it never caused any discomfort during my usage. The build quality overall is okay, and the only annoyance was the ratcheting noise heard in the left ear-cup when moving the mic, which was noticeable no matter the volume of the headset.