The Insomnia Gaming Festival has been going on for many years and since finding a new home in the Birmingham NEC has been expanding and expanding year on year.

The summer event is seen as the major in the events series and is generally the biggest of the two held in England.

This summers event is no different with a massive number of special guests over the bank holiday weekend. 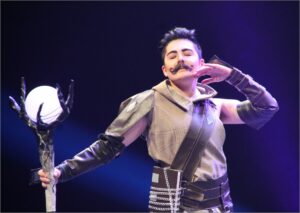 Their are a number of events on over the weekend again and the main draw for me is the cosplay. Once again, it is being handled by the awesome people over at Costume and Play who will be running the Cosplay Championship, which you can enter by clicking right over here

I’m always amazed at the craftsmanship and work that goes into making the things we see in game come to life and it is always fun to talk to the cool people behind the costume.

The Indie zone makes a welcome return, and it will include some funky looking games like Must Dash Amigos and Fly Punch Boom! which as long as I get the chance to go down I will be extremely interested in playing.

The retail zone will return, and a number of new games will be on show including the very flashy Tetris Effect which looks amazing.

There will be a 100 seat PUBG game, where you can bring lock eyes and feel the pressure of being in close proximity with your opponents.

Though you do have to book for this. I expect it to be as manic as the actual LAN itself.

Insomnia’s original draw. The Lan remains a place where you can meet up and make friends whilst also catching up with old friends who you might not see normally.

Here’s hoping I can attend this one.