Marvelous partnered with XSEED have brought Bullet Witch kicking and screaming into 2018.

The game, originally released as an exclusive on the Xbox 360 back in 2006, sat on a console that at the time was trying to cater to the Japanese gamer, with a number of exclusives that you would feel were more at home on the rival console of the time the PS2 and the soon to be introduced PS3. 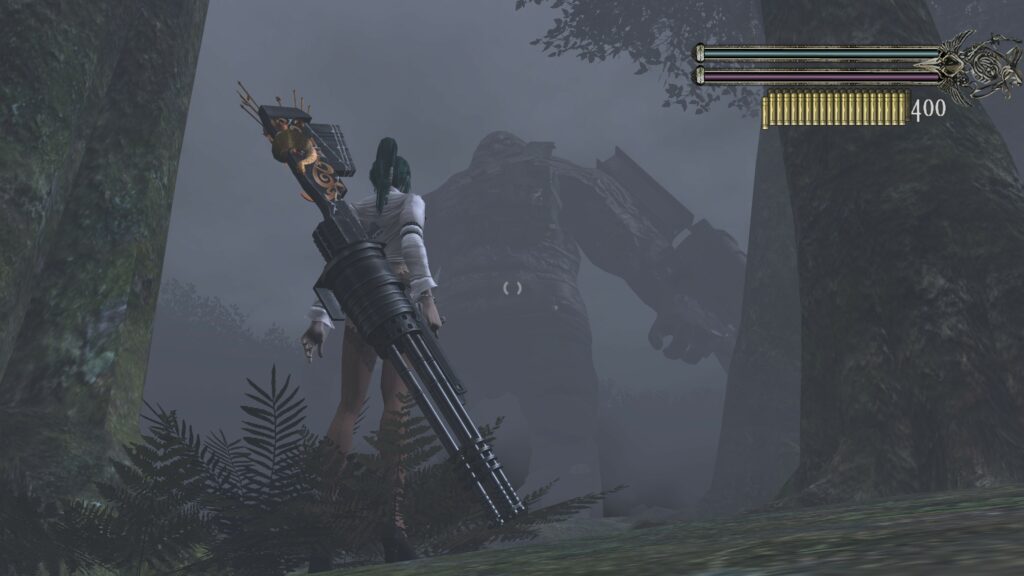 However, time has passed and thankfully with help from XSEED and Marvelous it has been brought to the great equaliser that is the PC.

This remaster includes all the DLC released for the original game, which includes the additional costumes and DLC missions.

When first launched, a small configuration window will appear which allows you to enable the added graphics options 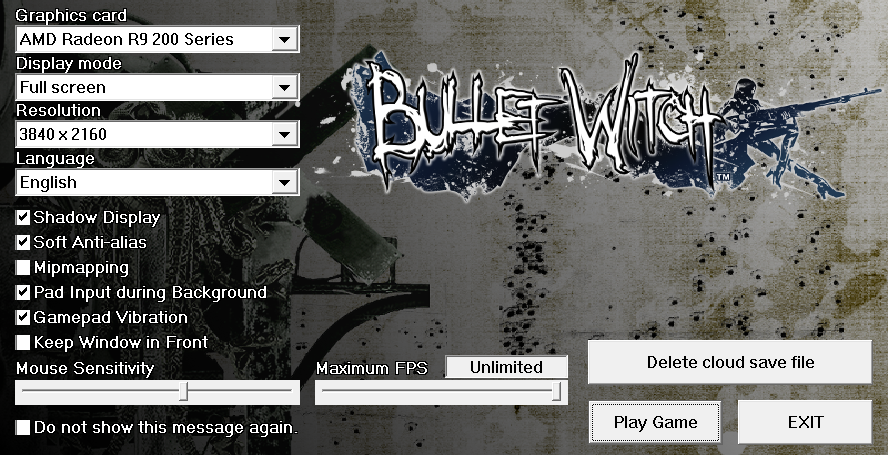 A few of the options did surprise me, with the fact that the resolution supported 4K without any mods. You can also have several options to set the maximum FPS, including uncapping it entirely.

So, onto the review itself.

Bullet Witch is set in an apocalyptic environment, where along with war, disease, and other natural disasters for good effect. The demonic hordes have been unleashed and have begun to take over faux-merica.

You play as Alicia Claus, a witch with a big gun(rod) and you must eliminate demons across a number of different levels.  These levels whilst linear, are often quite large and can take a bit of time to get through.

The enemies you face offer little variation throughout which can make running through a level get a bit repetitive.  This is concentrated more so because most levels follow a Kill Group A move on Kill Group B rinse and repeat mechanic. Levels can have barriers which keep you on path, where you have to kill a specific Demon to get them to power down and progress

The gunrod adds to the comic effect by being larger than Alicia is tall and is completely impractical. It starts out as just an assault rifle, but with points earned from clearing levels you can improve and unlock extra firing modes. This includes a shotgun, canon mode, and minigun mode. Each level increased the damage output.

As the name of the game suggests, Alicia is a bullet witch, so she has access to a number of spells. These again can be improved by spending skill points, not every spell seemed useful in practice with the Rose Spear nigh impossible to use effectively.

The more powerful spells are unlocked as you play through the game, culminating in Meteor a massive AoE spell that lasts for what seems like an eternity and causes absolute destruction wherever it hits, and it hits everything, multiple times.

That’s not to say it looks pretty, when you cast it though.

Bullet Witch features some destructible terrain and with the Will Power spell you can throw objects at your enemy, one particular enemy also features this ability and along with the more powerful spells like Meteor Shower it can become a bit hectic trying to avoid all of the items that get thrown around, and I will admit to being killed by the after effects of Meteor more than once. 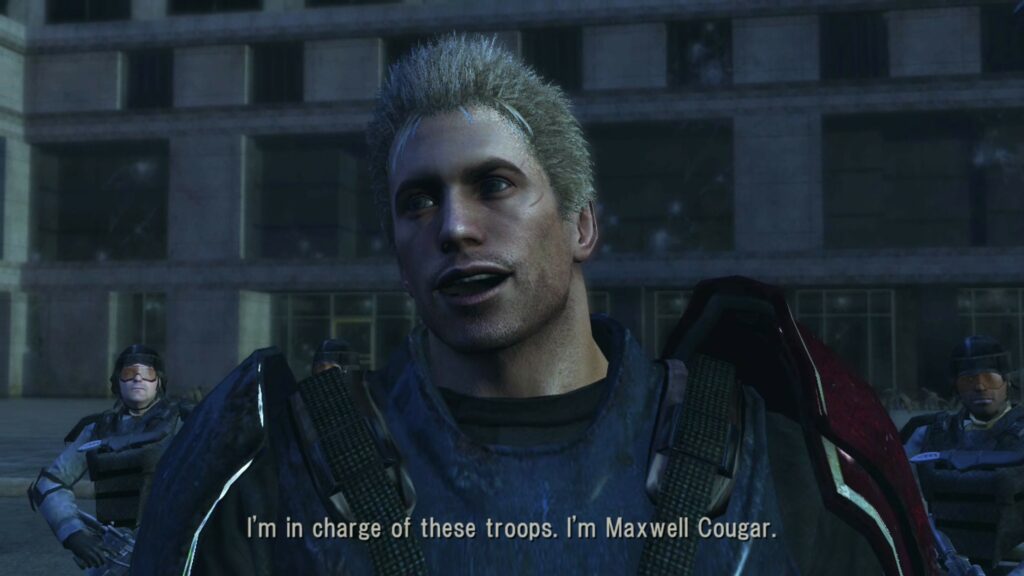 As you progress through you are not alone, you meet up with a band of resistance led by Maxwell Cougar and he is every bit as cheesy as you can imagine.

The AI of these characters is often more of a hindrance than a help. When I played through there was a point where Maxwell and a few of his team got stuck in a small hole. They then just sprinted around inside and lacked the ability to climb back out.

These team members will often seek you out, only to stand in front of you and block your view as well. The Enemy AI is a tad better, varying between them being an elite killer and a wet sponge.

There are a few bosses interspersed through the levels and they were fun to go up against providing a nice break from running through killing the local demonic hordes.

One highlight is where you take on a massive flying demon whilst on the roof of an airplane. Fighting wave upon wave of weird eye-spiders that are trying to dismantle it. 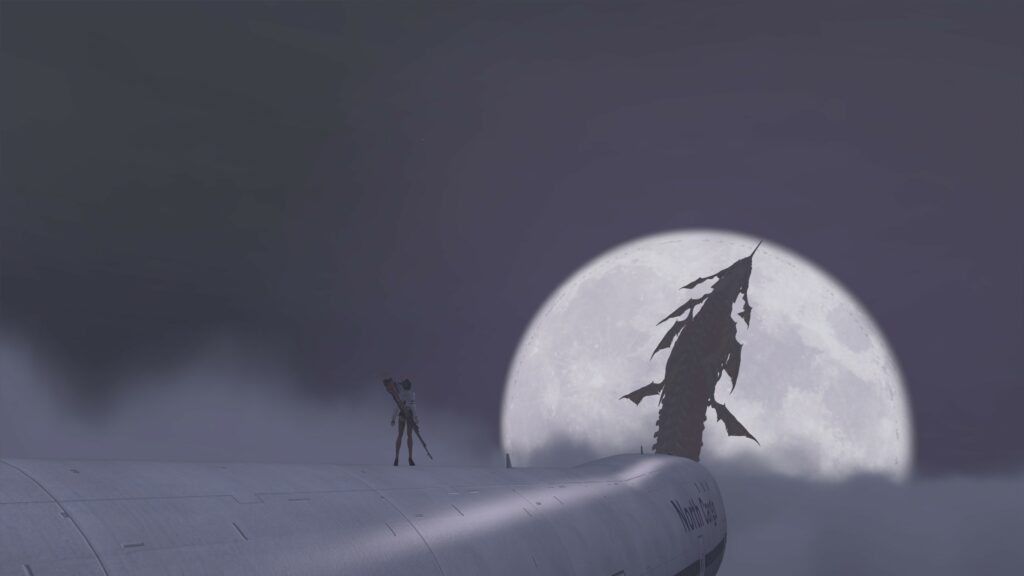 Other boss battles can be a bit frustrating but if you dodge aptly you shouldn’t have too much of an issue.

Despite the age of the game, it still looks okay. It’s very much a game of its time with a dark palette of colours and don’t go expecting much variation in textures. The lighting can also get a bit weird at times and often become uneven in areas in game.

Due to the graphics not being the most intensive, I was able to run the game at a near constant 60 fps in 4K on an AMD R9-285 with only a few drops being noticeable when things got a bit busy. I did notice some odd cut scenes that would play at 20 fps while most others would play at 60 as well but I couldn’t figure out why unless they were capped.

I would recommend that you turn off shadows, as they look out of place and can cause some weird effects of their own.

In my first play through I managed to beat the main story in around 5 hours, which is a tad disappointing. Though you do get the DLC challenge missions included which add to the overall longevity of the game.

Your mileage may vary of course depending how many times you manage to kill yourself with buildings and cars however.

I think I may have been a bit hard on Bullet Witch in this review, though with it being nigh on 12 years old it is easy to poke and find stuff that doesn’t hold up in a game that has simply been brought to a new platform with minor tweaks.

I must admit; this game has its moments. Moments where you get drawn in and want more. The downside is that you have to wade through a lot of stuff to get to these points.

As I was playing I kept expecting it to get sillier, wanting it to get crazier and more over the top and occasionally, like the flying demon boss, the game would oblige but then it would throw blandness at you.

Bullet Witch is by no means a perfect game, but it wasn’t when it was released 12 years ago either and short of completely reworking it from the ground up It will never be (even as much as I now want that to happen) It does play well on the PC however and is an enjoyable but short romp.

The sad thing is Cavia, the original developer of Bullet Witch, went bust in 2010 so we are unlikely to ever see more from them in the Bullet Witch series. Some of the development staff did go onto greater things, Yoko Taro for one who most will now know for Nier: Automata was originally part of Cavia.

I want to thank Marvelous and XSEED for bringing it to the PC!  You can pick it up over on Steam for around £13 (10% off at launch) and for so little its worth a punt. Just don’t dash into a set of containers… 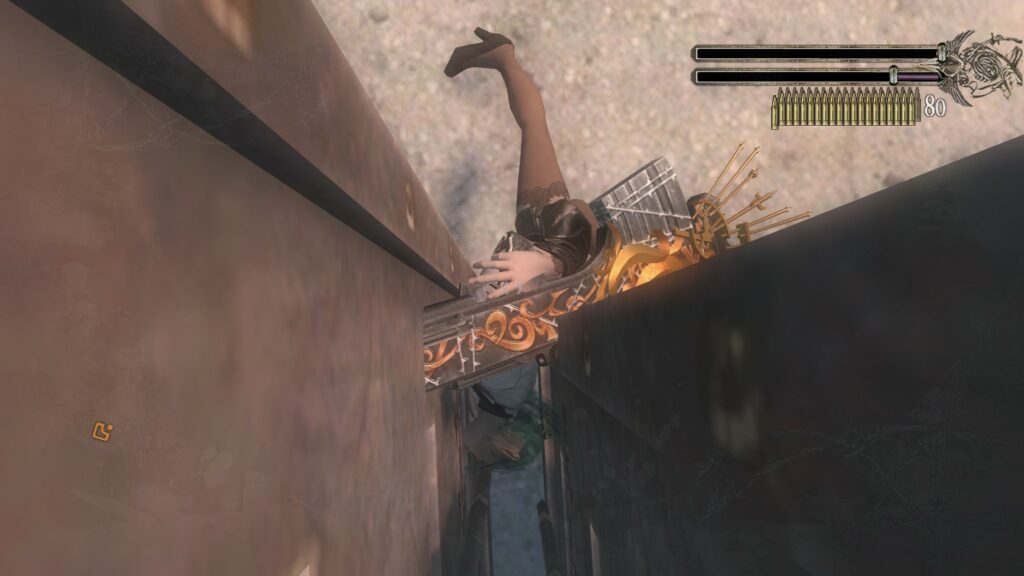