This weekend DavePlays.co.uk made the long trip down to Coventry for the Multiplay Iseries Lan Festival, I52.

It was an interesting experience with it being the first Insomnia I went to, but thanks to Ducky myself and Steve from ITK-Tech.com managed to snag some day tickets for the Saturday.

Held for the second time at the Richoh Arena (now home again to Coventry FC) I52 made use of almost all of the areas available for the weekend – Including the Pitch itself!

The main tent area was where the main stage and serveral play areas were contained, including the retro area and the board games area. 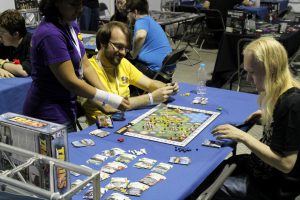 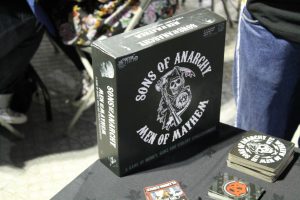 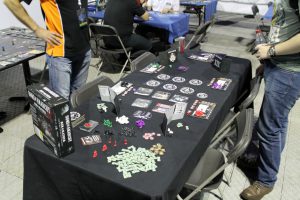 Hidden amongst the board game area was this brilliant take on the also brilliant Sons Of Anarchy TV series. You play as gangs from the show and battle and fight out over lucrative endeavours the winner is normally the one left alive, or the one with the most money.

The classic section was like a smaller version of the Play expo with row upon row of classic games including a Halo Lan area, on the original XBox. 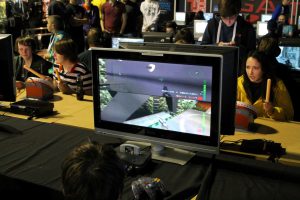 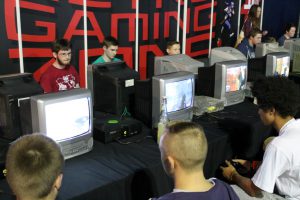 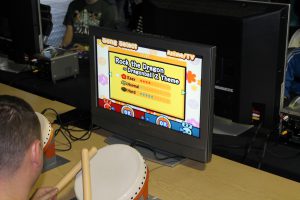 Hidden amongst the classic gaming area was this contraption, that allowed you to plug multiple games into an Atari 2600 and select which game you wanted to play, I may have blinded several people with this picture for which I apologise.