The Retron 5 Comes in sturdy enough box, which features a rundown of the improvements the Retron 5 can offer in games that are slotted into the machine. 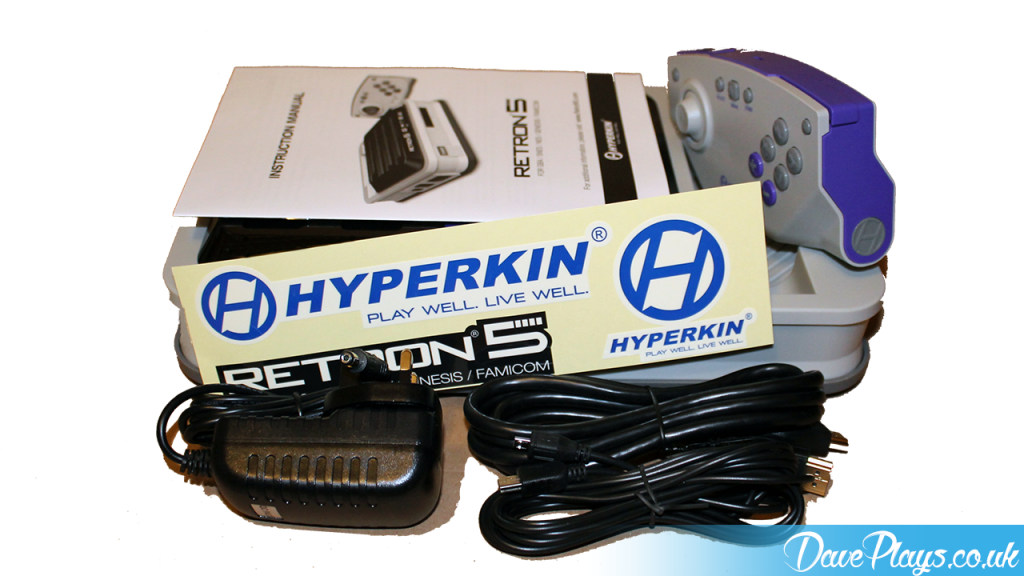 They pack a fair few things into the Retron 5’s box. Included is a bluetooth rechargeable controller, a HDMI cable, a charge cable for the aforementioned controller, the console, a power adaptor and some stickers.

The controller uses microswitches on the DPad and the 6 main buttons, and whilst it doesn’t look ergonomic in the slightest, it actually sits in the hands quite well. On the bottom of the controller are the indicator lights for the battery which indicate the player number as well if you have more than one player with a Retron pad.

On the top edge are the shoulder buttons, and the Micro USB port which lets you charge the controller. 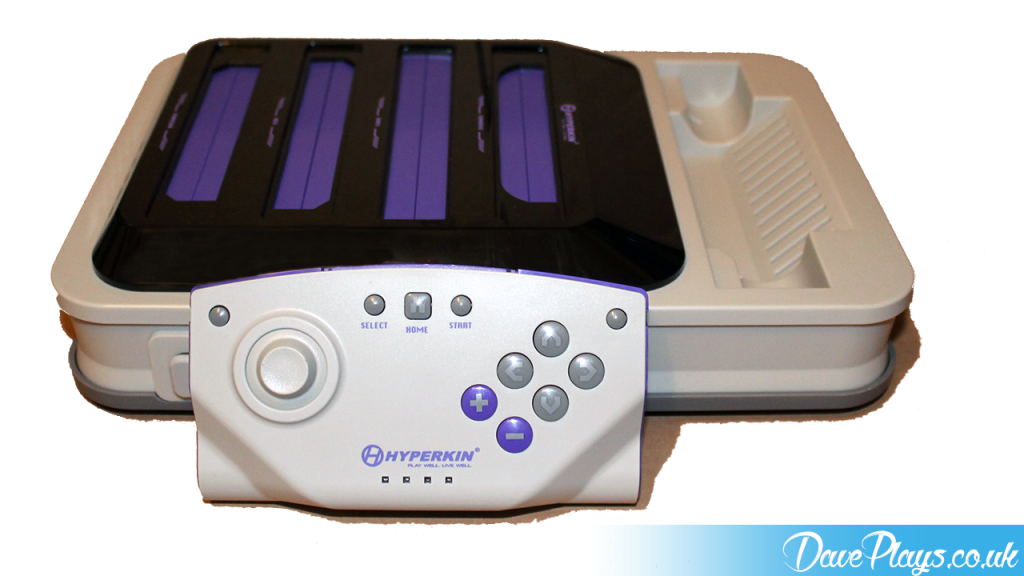 The Retron 5 takes on a few styling cue from consoles of old, with the grey/purple/black one taking its cues from the SNES.

On the side of the console are the ports which can support the original console controllers; right to left SNES, NES, Master System and Mega Drive.

On the back you get an SDHC slot, HDMI port, Mini-USB and a service button (covered under a sticker) which you should not press under any condition. 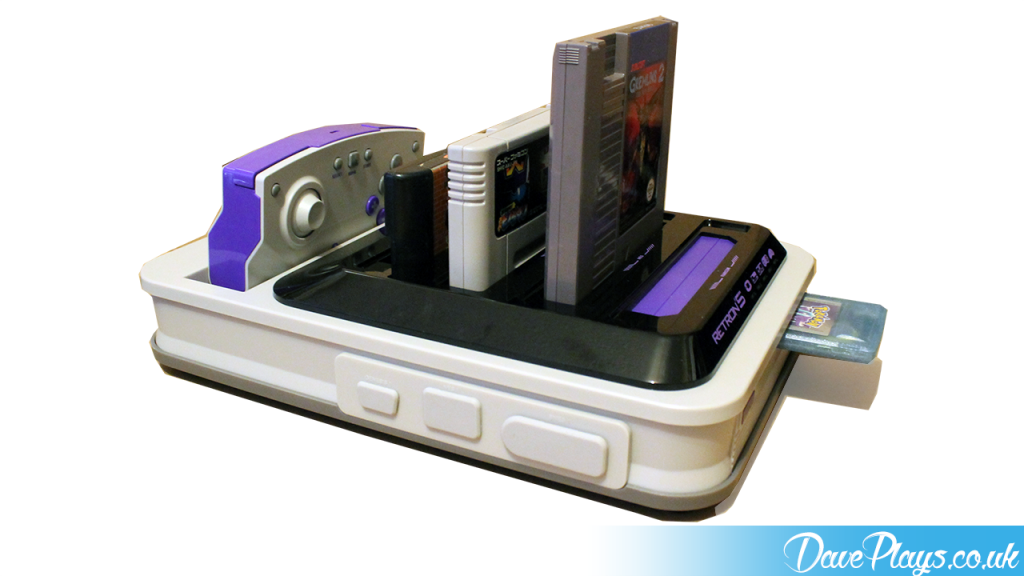 Here is another thing you should not do with your Retron 5, load all the slots. I did this to show the Retron 5 as fully loaded as I could get it at the time of the review. It plays all these types of games by dumping the ROM from the cartridge and loading it into an emulator. Effectively the Retron 5 is a physical cartridge emulator.