The very fun part of this review was when I finally popped a cart into the machine to play it. I connected it up to my capture card so I could stream it as well and these screenshots are as they are on the console. For the test Streets of Rage 2 was used, which due to a bug with the FW, displayed as Bare Knuckle 2, the games Japanese title. 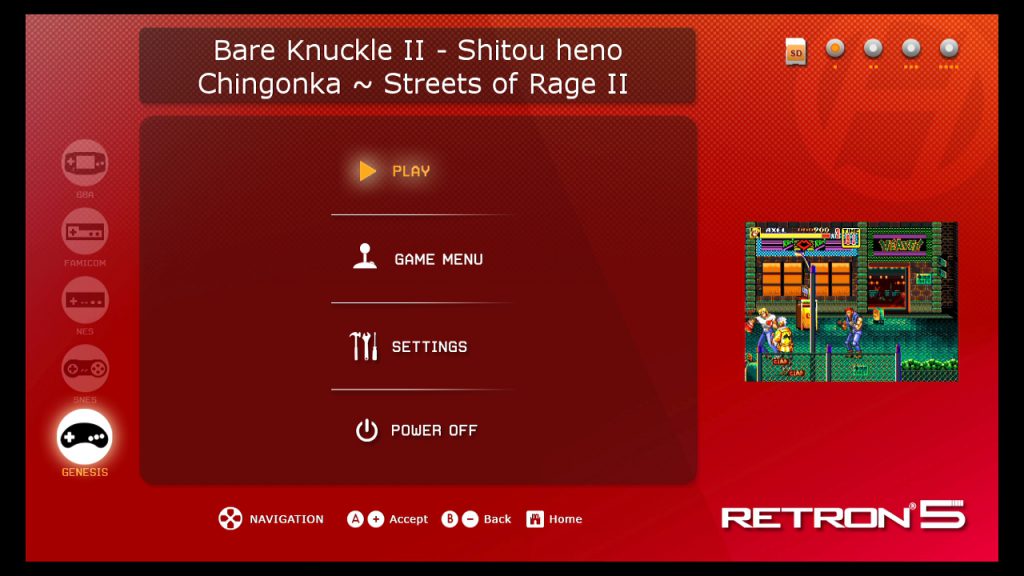 This is what it looks like when you put a game into the console. It shows a screenshot of the game on the right, this is normally pulled from the save file in the game. 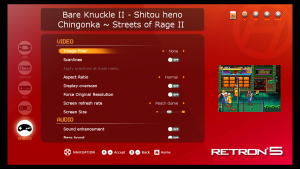 The settings page allows you to make some enhancements to the games video, audio and the controller itself. Below are comparisons of the game using the various image filters. 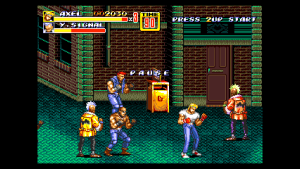 Some do make quite a bit of difference to the graphics on-screen, The Retron5 will always output a HD resolution and unless you stretch the games graphics you will likely get black borders in the game whilst playing. 🙁

In game, you can save progress to a save state slot of which there are 10, this does not need you to plug an SD card into the machine, however taking screenshots does. You can change the filter applied and edit the save state slot in use whilst in-game simply by pressing the home button to bring up the Retron 5 menu. It’s from here you can reset the game as well. 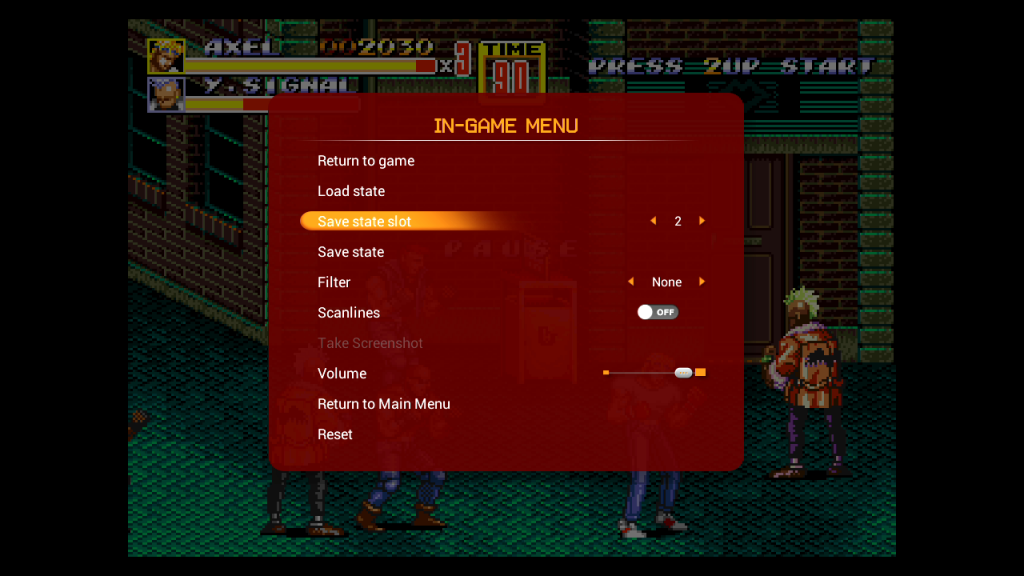 The Retron5 is able to apply cheats from a database file that can be downloaded from Hyperkin’s website as directly. You can apply them before starting your game by selecting cheats in the “Game Menu” It’s from here you can also apply game patches and copy game saves to and from the cartridge. 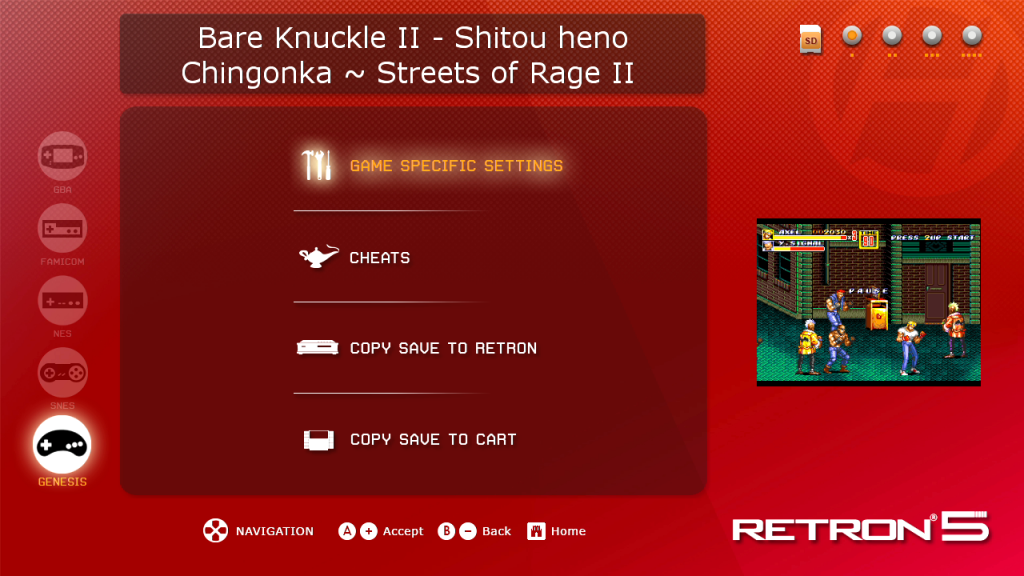 When playing through any of the older cartridges I had (everything except gba) most of the time I didn’t have any issues. It appears that Streets of Rage 2 from my list is one of the few games with actual problems however, at least with the latest firmware, at a point in the third stage the console reboots and loads up the main screen, this point is currently impassable in the latest firmware. The issue is not in the earlier Firmware so the current fix is to downgrade.

I and a friend have experienced lag when playing GBA games on the Retron 5, my friend when playing Metroid Zero Mission at certain points where bugs appear and myself when playing Golden Sun mainly when loading battle animations. I had expected this based on experiences of my PSP being unable to emulate the game fluidly. With the Golden Sun example it is not a massive amount of slowdown but is noticeable. In these games the slowdown is even more apparent when any of the graphics improvement options are turned on. There is also the case of their being no cheat file being available for GBA on the Retron 5.

The Retron 5 controller held up perfectly fine during all of my testing only becoming slightly uncomfortable during longer sessions of gaming. I never had an issue with the controller running out of power either which was good.