Wow, its been a while since Insomnia and I haven’t really written a thing about it.

So, whilst late, I thought it best to at least get something written down.

I want to start by saying thanks to the lovely people who provided me with a press pass so I could get in.

The summer event is the bigger of the two Insomnia events held yearly at the Birmingham NEC. Held over the summer bank holiday, Insomnia is a gaming event first and foremost with a massive 24H LAN event held over the weekend.

Along side this was the main event hall, which housed the PC hardware companies showcasing the latest items in their arsenals.

This included Corsair, Asus (who had their own gaming bus) Razer, Zotac, Logitech and a few more that were dotted about throughout the hall.

They all had quite large areas which made the event feel a lot less cramped than previous years. 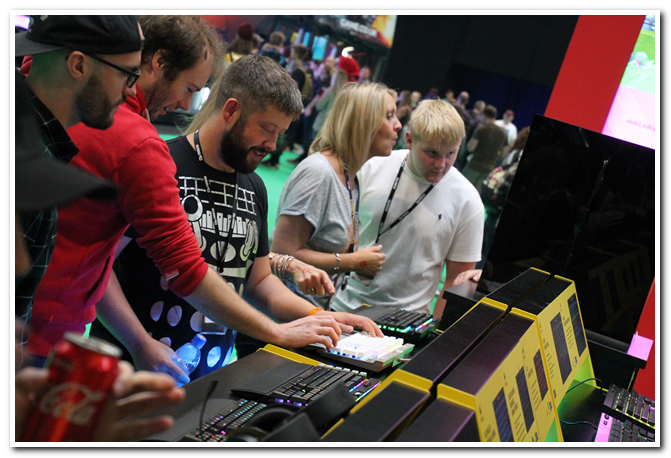 The Robot arena was back, bigger and a lot better than before. This year it was being recorded and livestreamed for fans over the world and there was a noticeable jump in contenders.

The robots were as destructive as ever and at the end of it all, the massive arena housed all of them in a massive last bot standing matchup.

It was fun watching how many bots could fit themselves into the pit. 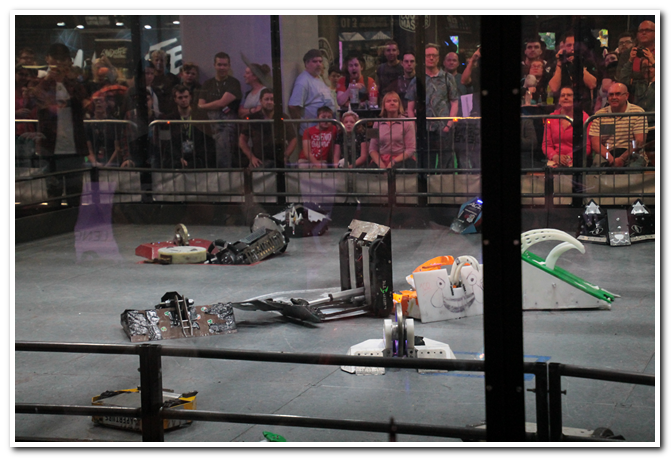 There were a number of Indie games on show, it was especially nice to see the man behind Tanglewood showcasing it on original hardware again. Though the DevKit was left squarely at home this time.

We had fun talk about the game as a whole (It sits staring at me in my backlog) but more importantly the ambitions to port it to everything he can get a dev kit for.

Its been a while since our talk, but he was open to pretty much any console as long as a dev kit was available. I really want to see a Dreamcast and Master System remake demake combo.

The amazing thing about Tanglewood is the fact you can go an pre-order an actual cartridge that will work in your Megadrive and clone consoles. 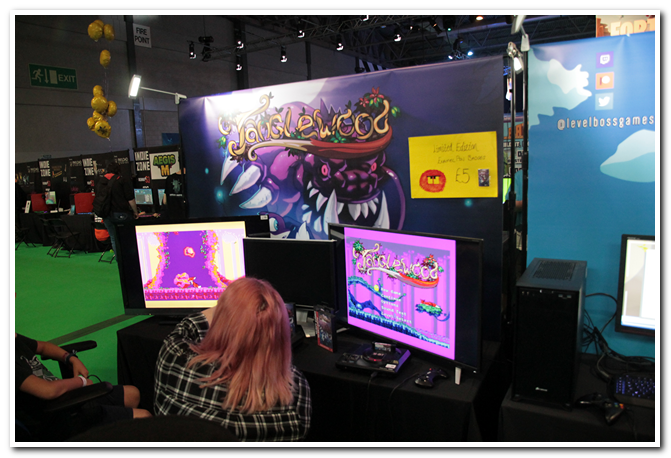 I even picked up two of the cool little enamel pins :S

On the bigger budget side of things, a playable demo of Starlink was available to play.

It is an interesting concept that introduces the idea of purchasing physical upgrades for your in-game ship.

You buy a starter pack that includes a basic setup and weapons and you can purchase extra Commanders, weapons etc in booster packs.

You then attach these items to your ship and they appear in game. Each of the Commanders has a special ability which differs, and each ship has different characteristics

The demo played out with your ship barrelling along the ground whilst you took out enemies that landed, you could fly up into the sky in some stages, but it made tackling the objectives a bit tricky.

It’s a very interesting premise and it was an enjoyable game to play, though I do wonder if a meta-build will become apparent quickly and how balancing might work. 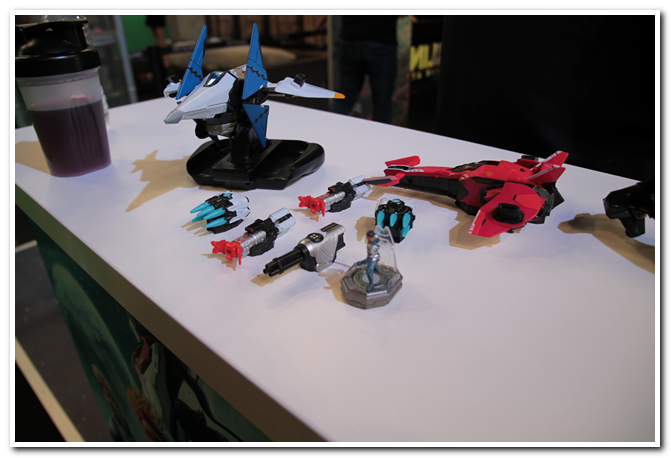 One of the bigger events held, was a 100-man PUBG LAN. All of you in the same little area meant that you were never more than a few meters away from the person that ultimately took you out of the match.

This made for some tense situations but also an overall brilliant atmosphere and I have to admit it is something I hope to see more and more of. Having these in event LAN matches brings back the original feel of the event. 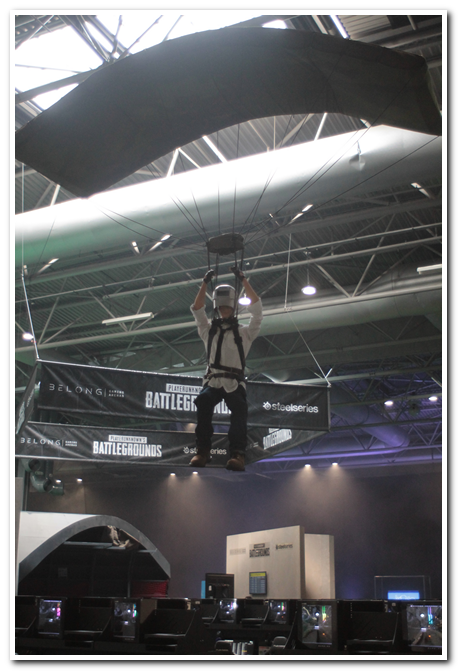 Overall, I spent most of my time over in the Cosplay are, again managed by the wonderful people from Costume and Play. It was a hub where a lot of my friends were and it was just a cosy place to be.

The Standouts were my friend Costumed Hero winning the community masquerade with her HarleyJinx mashup.

And when she and SplatCosplay performed on the Just Dance Stage to Beep Beep I’m a Sheep.

I uploaded all of the cosplay pics to the DavePlays.co.uk Facebook page so if you see yourself please tag yourself, and by all means if you want to use any of the pics or want any of the originals shoot me a message and I will be more than happy to send it along.

Overall Insomnia 63 was one of my favourites. I met a lot of new people and I hope to meet you all again at upcoming events. Starting with EGX tomorrow!